When You Finally Find A Quiet Spot For Fishing 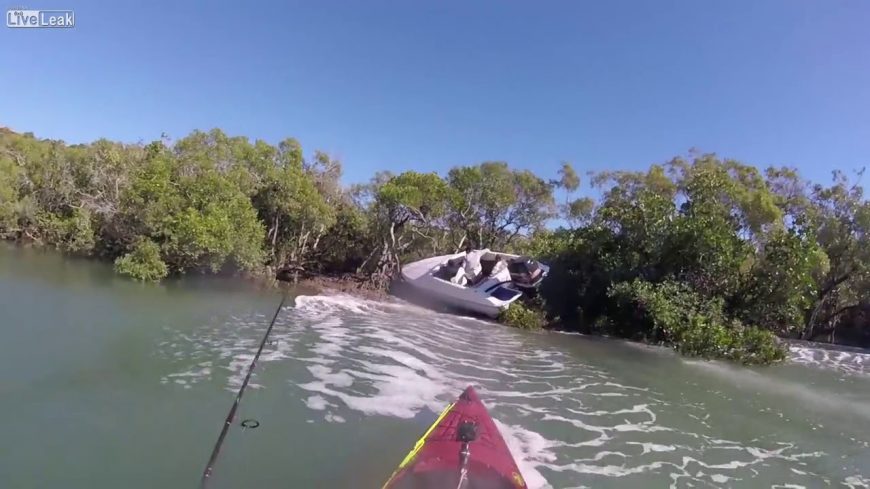 Every once in a while, you might find yourself in a position that really leaves you scratching your head. For this guy who was out kayaking and expected to have a nice and quiet fishing trip, only to be interrupted by the most obscure series of events that we have ever seen, he really had been thrust into such a situation at full force, probably leaving him to wonder how the heck these guys got so out of control that they did damage not only to the boat but also to themselves in the process as they zoomed out of control and got tied up in quite a predicament if we do say so ourselves.

In this one, we join in on the wild ride as it looks like our uploader is simply out for a day of fishing, leaving his GoPro to record just in case anything wild should end up on the end of this rod. Instead, it looks like he got a lot more than he bargained for in terms of going after that nutty video. Instead of catching footage of a big fish, what he caught footage of would definitely be a lot harder to validate than a fishing story should he had not had the camera rolling at the time. We watch in on a scene that we had to check out multiple times before grasping what was happening as the boat pictured sped at full throttle toward the shoreline before it crashed straight into it, sending the people onboard rolling.

If you follow along in the video below, you might be able to grasp how crazy this situation actually is, but then again, after seeing something like this, it’s still hard to believe that it actually happened. Once you’ve become a party to the situation as it unfolded, be sure to tell us what you think of how it all went down to lead up to such a crazy series of events. I bet that these boaters will be making some drastic changes to their routine if there’s a next time that they’re on the water. Luckily, they didn’t hit the fisherman as he had become a sort of sitting duck!