When You Forget To Plug In Your Diesel Truck. Cold Starts!

When You Forget To Plug In Your Diesel Truck. Cold Starts!

Ladies and gentlemen, for those of you who tend to like the summer season the most, ...

Ladies and gentlemen, for those of you who tend to like the summer season the most, we regret to inform you that the warm days are pretty much over for most of the country and right around the corner, cold weather is coming that might also just so happen to drop some snow with it. When it gets nice and frigid out, some will find that they fall in love with the changing temperatures but others will probably dread it. Even for those who aren’t exactly pleased that the temperature dropping down incredibly low, there are certain elements that you could stop and take a look at that might just make you a little bit less drab about the season.

One thing that you could consider, while small, is the fact that the cold start will be coming back in full swing. There’s something just so unique about hearing an engine fire up from a completely cold state as it’s left to sit overnight, becoming one with the ambient temperature that might get in the teens or even lower. When the temperature does drop this low, it generally calls for a different cold starting scenario than you would normally see during the summer. This phenomenon is especially true with diesel trucks because, as you will find, these trucks don’t really agree with the cold weather as much when they tend to throw a fit sometimes.

Check out the video below that shows a collection of cold starts that has the trucks huffing and puffing, trying to get a little bit of heat into that air and fuel mixture to make them come alive and have these diesel-powered machines breathing life once again. I’m not sure if it’s the smoke or the sound or some mix of other factors but watching cold start videos like this is oh so satisfying. Personally, I could sit here and watch these videos for hours.

Big Tires on a Lifted Truck Does Not Mean it is Slow! 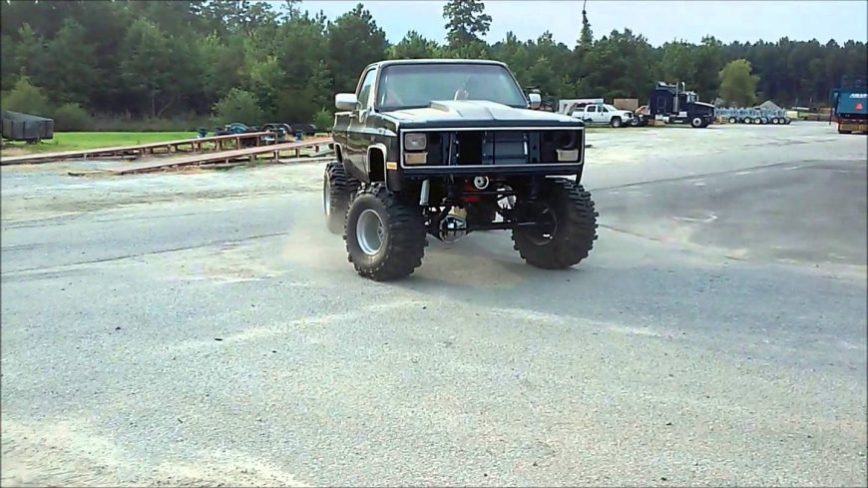