Where Did Cupholders Come From? They’re a Newer Invention Than You’d Think

Where Did Cupholders Come From? They’re a Newer Invention Than You’d Think

When you take a look at automobiles as they are today, it can be easy to take certain ...

When you take a look at automobiles as they are today, it can be easy to take certain features for granted. When you become used to a certain standard of vehicle, you can see exactly why that is as you get used to all the premium features and build quality that cars have come into today, however, when you think about some of the basics that people never really used to have, you find a new appreciation for whatever it is that you’re behind the wheel of, figuring out a way to be content with the car that you have even if it’s not the best one on the road.

This time, thanks for the guys over at Donut Media, we take a look at one feature that everybody has pretty much has in every car that is made these days. We’re speaking of the cupholder. Naturally, it seems like something that’s going to come in every single car because it’s one of those standard features across the board that we have learned to not live without. However, contrary to what you might have conjured up in your head about such a feature, it’s not one that has always come in cars. In fact, the feature ends up being something that is fairly recently added to the lineup, with many thinking that it started coming around in the mid-80s and everyone looking to take credit for it.

If you follow along with the video below, you’ll get more detail about the cupholder than you probably ever thought you would want or need, however, the video at hand really does a good job of shedding some light on how exactly these things came into being and why we haven’t had them all along. It really seems like one of those oh so obvious ideas that everybody wishes that they thought of but, in fact,  it didn’t end up coming out until a lot later than everybody today had imagined.

7 Easy Car Life Hacks That Will Blow your Mind 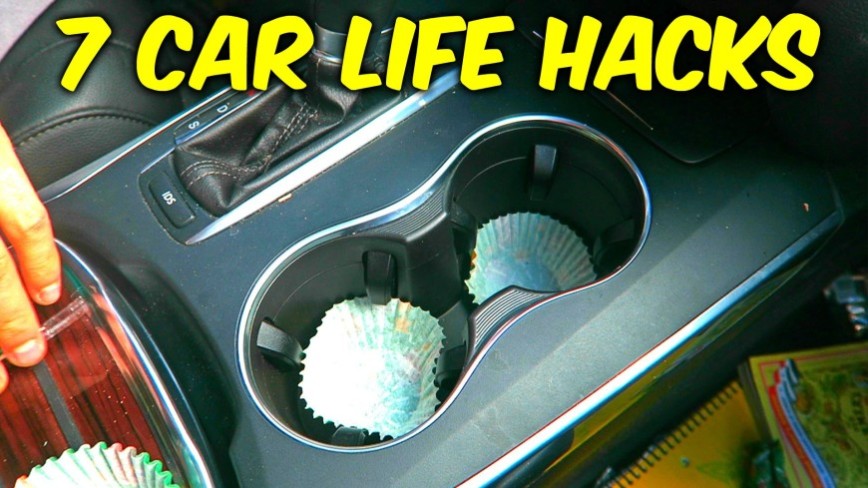