Where is Ontario Motor Speedway Now? 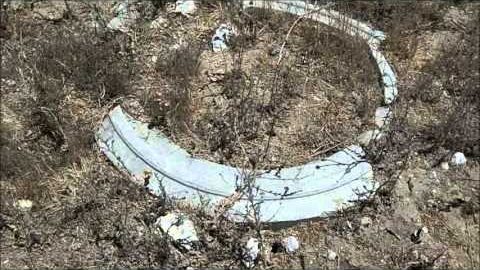 From coast to coast, there are countless abandoned and dilapidated racetracks slowly being reclaimed by the earth over the decades. One such facility is Ontario Motor Speedway in California, a facility that shined brightly in the 70’s but quickly lost it’s luster, falling silent in 1980 after only 10 years in operation.

The track was the first and only facility to host major sanctioned events for all four of the largest sanctioning bodies in the nation at the time: USAC (now IndyCar Series), NASCAR, NHRA, and Formula 1. The facility consisted of a 2.5 mile oval, a 3.2 mile infield road course, and a full quarter mile drag strip. In it’s first full season of operation, OMS had the second largest races in all 4 series, bettered only by the series’ already-established most prestigious races – Indy for USAC and NHRA, Daytona for NASCAR and Watkins Glen for Formula 1.

However, attendance steadily declined over the subsequent seasons, leading to mounting debt that eventually led to the track closing. The property was sold off and the track was demolished in 1981.

YouTube channel Rusting Relic headed out to the location of the old track, giving us a great look at what used to be Ontario Motor Speedway. You can tell how large the track was as the video progresses, giving you a great look at just much the area has progressed in the last 35 years, leaving almost no clue that there had ever been a massive motorsports facility in the area. In fact, there’s only a small section of embankment left that gives any indication that there had ever been a race track in the area.

This is a great video that shows just how quickly things move on once the doors are shuttered and time and the world moves on. Are there any abandoned tracks in your area that you’ve explored? If so, share with us on our Facebook page and we just might share your story as well!

« This Genius Under Carriage Sprayer Makes Cleaning The Bottom of Your Car Easy!