We’ve watched this YouTube channel for quite some time now and shared a few videos ...

We’ve watched this YouTube channel for quite some time now and shared a few videos from Project Farm. For those who don’t know, this guy does all kinda of videos about small engines and how they work and what kinds of products affect them and how you can stretch the lifespan of your small engines.

In this video, the goal is total destruction, but in the name of science… and a little entertainment. Our host picks up two brand new engines and brings them home with no other goal in mind than to run them until they die, literally. The experimental part is that the engines will be broken in properly, then treated with an oil additive – Lucas Oil in one and STP in the other – then drained of their oil completely and ran until they fail. What we learn here is which of these additives offers the most protection in the most extreme situation an engine like this should never be exposed to: running with no oil in the crank case.

After breaking in the engines as instructed by the manufacturer, our host fills the engine with oil, plus the suggested amount of each treatment, then runs each engine for three hours to properly treat all of the internal parts with the additives.

The oil is drained, the low oil shutoff switches are disabled, and the engines are fired back up. Not surprisingly, both engines crank and run just fine for a while because most any engine will run without oil… for a while.

With timers setup on each, we see that the STP-treated engine breathes its last breath after running for twelve and a half minutes, while the engine treated with Lucas survives just under 22 minutes before expiring. I’ll be honest, I expected both of them to last a little longer than that, even without oil, just based on the promises from both additives, but an engine running for any appreciable amount of time with no oil is pretty impressive. 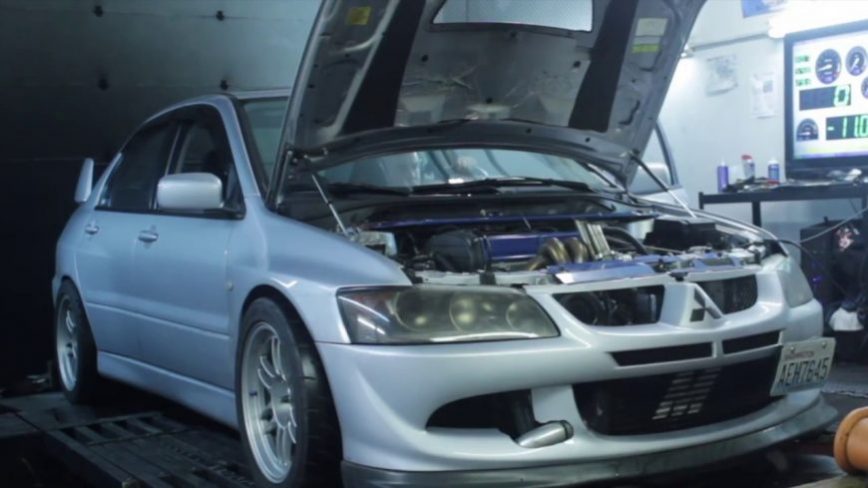