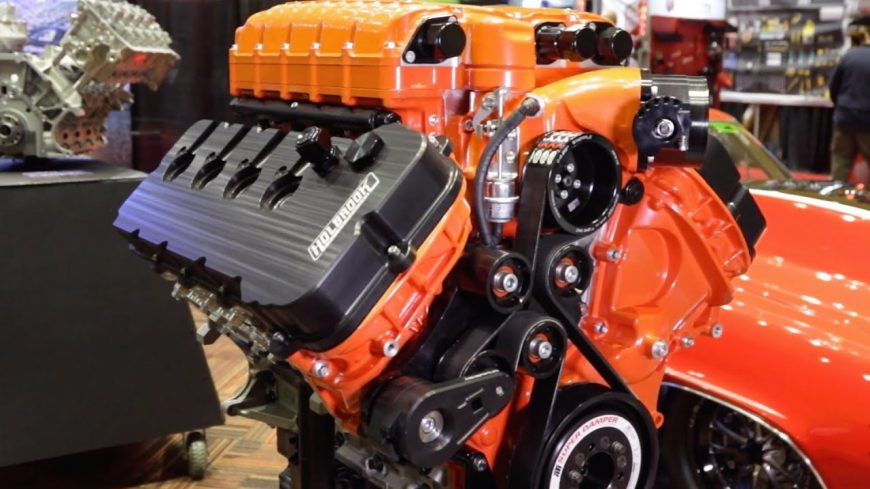 For those who like to make a little bit more power than stock (and by a little we mean potentially a lot), companies like Whipple Superchargers exist to fill that need. Over the years, they’ve made all sorts of crazy combinations for whatever your performance preference might be. Recently, they added another choice to the stable for America’s big three.

Originally, in a post made to Instagram, the company announced its fifth generation of 3.8-liter superchargers for v8 powered vehicles including Chevy, Ford, and Dodge. Well, they officially announced the upcoming Ford offering. The others took a bit of digging to discover but they’re coming as well.

Naturally, power enhancement is going to depend on a variety of different factors. However, early indications point to as much as the 900 horsepower mark for a Coyote powered Mustang.

One might notice that there is only a mention of the Ford options that come as a bolt-on kit one of which could take the Coyote to 900 horsepower. However, Whipple may have given out a few more details in regards to other options as well.

A post shared by Whipple Superchargers (@whipplesuperchargers) on Aug 13, 2020 at 2:08pm PDT

In the comments, we learn that there will also be an option for the new generation 3.8L to be bolted to the Hellcat engine that comes with a 2.4L blower in stock trim. They also teased an option for Chevrolet’s LT4 found in cars like the Camaro ZL1 1LE and C7 Corvette Z06. As much as Whipple might be magic workers, they didn’t mention anything for the C8 just yet even though we’re more than excited to see what the future holds for that architecture. Follow whipplesuperchargers on Facebook and Instagram.