WhistlinDiesel is Back at it Again, Destroying GT-Rs This Time 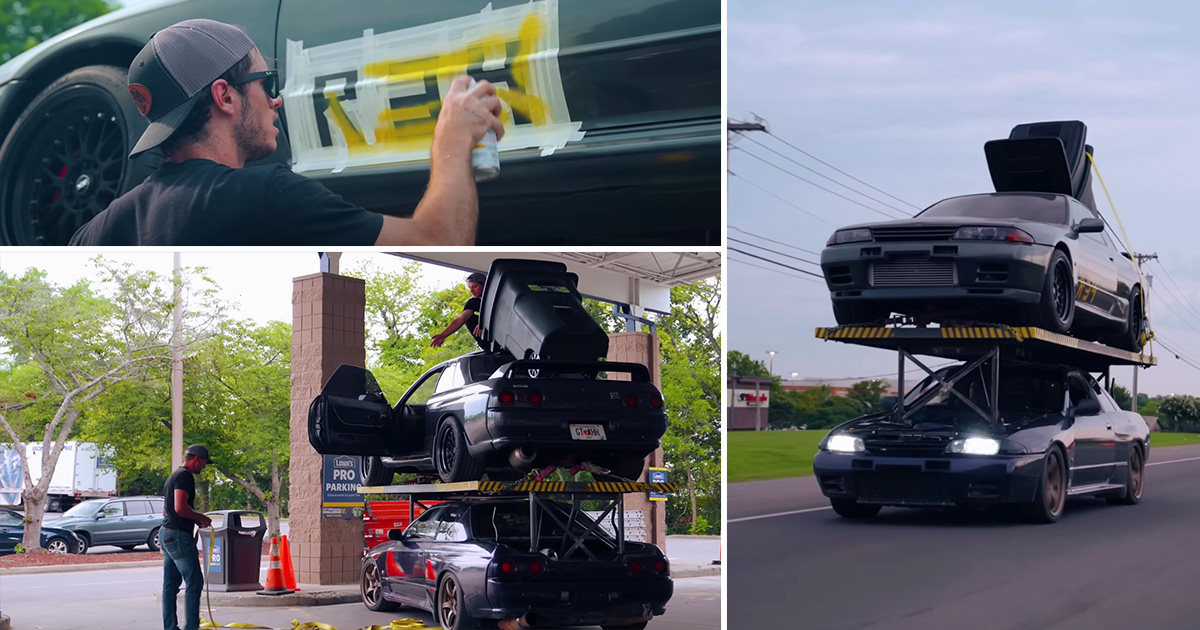 Some can’t help but love it while others are absolutely fuming mad when they see it. We’re talking, of course, about WhistlinDiesel and his continued antics that keep him in the viral spotlight. While the YouTube creator’s videos are usually more creative than simply destroying a car as they bring on other elements that certainly add to the production value, at the end of the day, he’s still wreaking havoc on some of the enthusiast community’s favorite rides and having a great time doing it.

This time, WD checks in with one of the fan favorites from Japan. The Nissan GT-R, in pretty much any iteration, has a cult following from the tuner community. In this case, the subjects of discussion are a pair of R32 GT-Rs.

Now, it’s pretty clear from the get-go that the idea is to dive straight into the pool of controversy and disembowel these cars in the most graphic way possible. The only question is “How?”

In typical WD fashion, our host goes above and beyond to make a spectacle out of the situation. Essentially, he takes one of the Nissans and welds something that looks like a roof rack to the top. The only twist here is that this roof rack isn’t for luggage. Instead, it’s designed to handle an entire other car which, in this particular situation, just so happens to be another R32.

By following along with the video below, we get the most recent dose from WhistlinDiesel that digs into several situations from drifting the tandem of double-decker cars inside of a garage and even launching one from the roof rack, through a garage door, and into a tree. Nissan aficionados might find this one hard to watch but we have to say that this is certainly some epic entertainment.