When tuning in to a WhistlinDiesel video, we can always expect something a little bit ...

When tuning in to a WhistlinDiesel video, we can always expect something a little bit off-the-wall. The YouTuber has grown his base by delivering insane experiences to them. Sometimes, these experiences might not be conventional.

For example, as far as we can tell, one of his most viral series was based on him putting a six-figure SEMA truck through as much of a challenge as he possibly could. The more battered it got, the better. When it all ended, the truck was a mangled remnant that looked nothing like the original.

With the Duramax powered diesel monster truck, that’s exactly what the guys have been getting into.

In one of the most recent installments over on the channel, the life of this truck was nearly cut short. As WD points out, driving a monster truck around in the water can quickly take a turn for the worse. At the beginning of this video, we even see a clip where one second, everything seems fine in a vintage monster truck display. However, in the snap of one’s fingers, the truck is floating and eventually turned upside down. It can actually get pretty scary.

By following along with the video below, we watch as WD’s Duramax powered truck almost meets that same fate as he goes river riding. There were several points here where things looked rather unstable as the truck began to float. However, by a stroke of luck, the machine was eventually able to make it back to dry ground once again.

Reaper Wheels, Spikes Fitted to Create a "ATV of Doom" 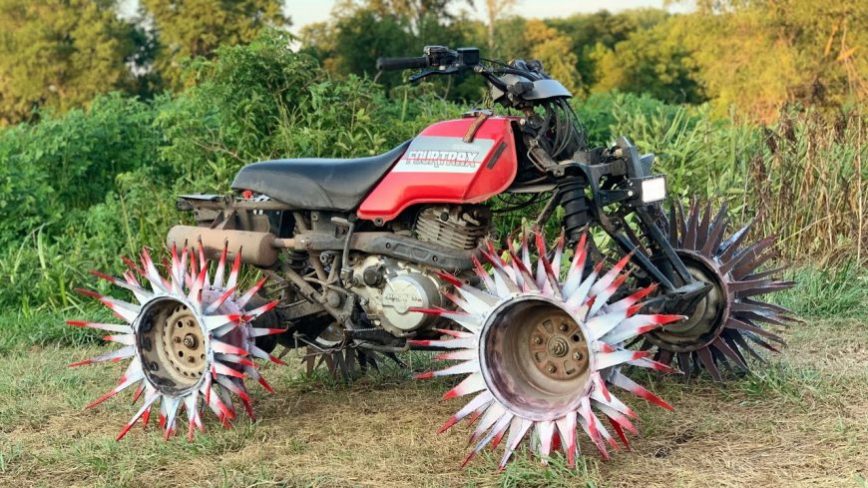