Each and every year, Ocean City Maryland’s White Marlin Open invites fishing crews to compete for their opportunity to win millions of dollars in prizes. With the event, we find some pretty insane boats that head out into the ocean, looking to catch the biggest fish in a variety of different categories.

Most of the time, the most eventful thing about the event is usually the size of the fish or maybe even a Michael Jordan spotting as he has been known to frequent the event.

This year, however, one of the teams would end up going through a pretty bad situation that has been catching headlines everywhere. When a boat carrying a team by the name of “Fishbone” heard that one of their competitors in the event had gone down, they were close enough to the point where they would head out to rescue the team by the name of “Not Stressing.”

Fortunately, team Fishbone was able to get to the scene of a sinking vessel in time. A post of the video of the rescue says that they got the coordinates of the team going down, reeled everything in, and put 3100 hp full speed ahead to meet the sinking vessel 60 miles off of the coast of Virginia.

There is no official reason as to why exactly the boat went down. However, it is said that the team was fighting a big blue marlin when the vessel started taking on water. All of the team’s personal belongings along with the boat and fishing gear ended up sinking. However, the crew and their beer were both saved.

Down in the videos below, we check in with several different clips that capture the rescue. Team Fishbone ended up being awarded an extra day to fish in the competition as they were recognized by the White Marlin Open for their good deed.

This is How You Sink Your Boat Going Through an Inlet 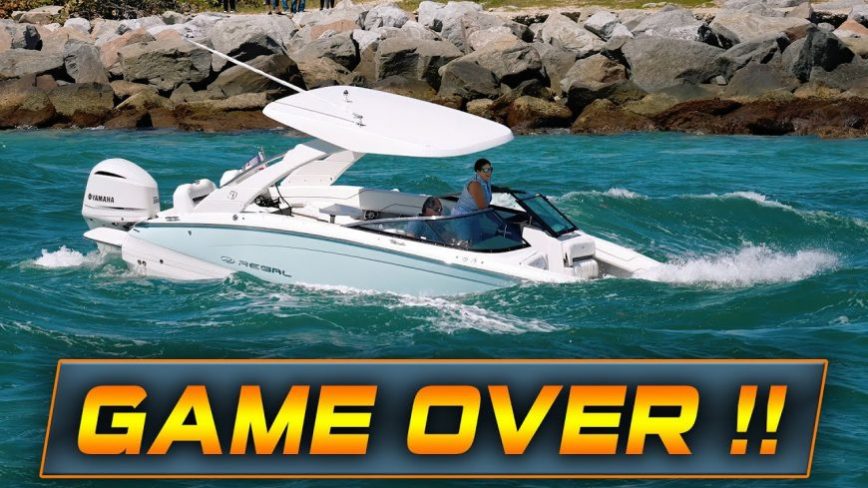