Whoops… Wrecking $250,000 of Side-by-Sides in the Worst Day Imaginable 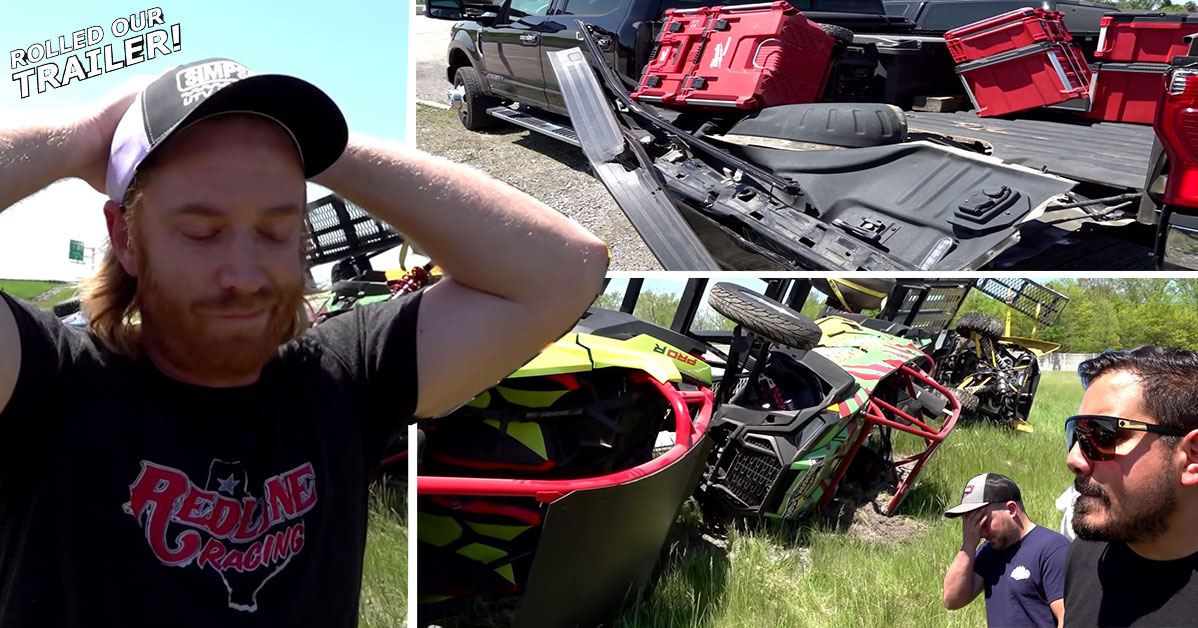 It’s days like these where we are incredibly thankful that things like insurance exist. Money aside, though, watching a situation like this unfold is still incredibly painful as it makes just about every muscle in the body tense up as we wait to see the damage. Even if one was paid back in full after watching their hard work come crumbling down, it still has to be an incredibly difficult situation to be able to stomach.

This time, though, unfortunately, that’s exactly the situation that the crew over at SXSBlog.com would find themselves in. As the camera rolls, we find ourselves immersed in the middle of a predicament that seems to have popped up out of no nowhere. As the crew was making its way down the highway with a collection of side-by-side creations on their trailer, a rollover would come from seemingly nowhere. As the driver of the rig pointed out, he felt like everything was going fine and the next thing he knew, the trailer was laying on its side with a ton of damage.

The video keeps recording as the damage is assessed and I’ve got to admit that the pit in my stomach got deeper and deeper the more that I saw. Seeing not only a variety of awesome machines but awesome machines that took a lot of time and effort to put together was certainly something that isn’t easy to watch.

Down in the video below, we are taken to the scene of the accident. Fortunately, nobody on the team was hurt in the incident. However, there’s definitely going to be a sizable amount of work to be done if they want to revive these creations once again. Even though some of the machines are damaged much worse than others, each and everyone seems to have been dinged up pretty good.

« Wheelchair Bound Man Has the Most EPIC Motorcycle Setup