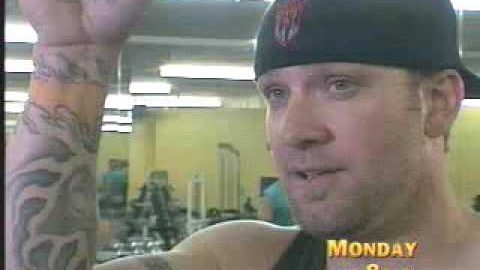 When we’re talking about the world of motorcycles, there are truly some figureheads who climbed their way all the way to the top of the community whether it was for building bikes, riding them, or some combination of both. When we’re talking about the world of two wheels, it just so happened that the two that go by the names of Jesse James and Indian Larry were the ones who managed to climb their way all the way up the ladder to be highly regarded by the masses of motorcycle enthusiasts and even managed to grab the attention of some who weren’t even aware that they liked motorcycles in the first place!

While Jesse isn’t necessarily the icon that he once was and Larry has unfortunately since passed away, these men are respected by the legacies that they have managed to build up, bringing a newfound level of respect not only for themselves but for everyone else who finds themselves falling in love with motorcycles to the point where they dedicate their lives to the passion for bikes, bringing the world of motorcycle riding a little bit closer to the mainstream so that it could really pick up some momentum.

The pair of videos below will take you inside the heads of these two men as they, well, act like themselves in front of the camera and show you exactly why they’ve both risen to their positions of prominence in this world. After checking out the pair of clips below and using all that you know about this pair of icons, be sure to tell us which of these men you find to be your favorite among the motorcycle royalty. No matter which way you go here, I don’t think that there’s necessarily a right or a wrong answer!

« Is This The Fastest SUV on the Planet? Antron Brown’s DragQuoia