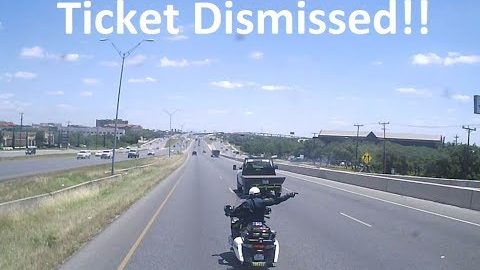 In the world of wheels, certain technology has made it a lot easier to defend ourselves on the road. Long gone are the days where it was difficult to get a camera. As we’ve come to know, just about everyone now has a camera available at all times. While this could be a nuisance sometimes, other times, it’s incredibly helpful. In fact with the way that camera technology has been getting more and more affordable, there’s a strong argument that everyone should have multiple. We’ve found that a dashcam might be one of the best investments in all of the camera world.

This time, we take a look at a situation in which a driver managed to pay for his $54 dashcam in just a couple of moments. These things can prove to be incredibly valuable when it comes to a “he said, she said” situation. After all, when evidence is introduced instead of their word against ours, the whole dynamic changed. That was a lesson introduced to this trucker in an unlikely way.

This time, we check out a trucker who says that he was passing in the left lane, as it was designed for. While traveling right under the speed limit, it wouldn’t appear as if there was any argument for him doing something wrong. However, a nearby police officer saw things differently. As such, the officer rolled in front of the trucker and motioned for him to move over. When the trucker eventually moved back over to pass, the officer would pull him over. A ticket would be issued for not passing in the left lane. As the video evidence was in his favor, a judge agreed that the ticket didn’t align with the situation. It was dismissed.

Without the dashcam footage, this situation that cost the driver nothing would’ve turned into a $200 fine!