Why Has No Production Car Hit 300 MPH? Electric Cars 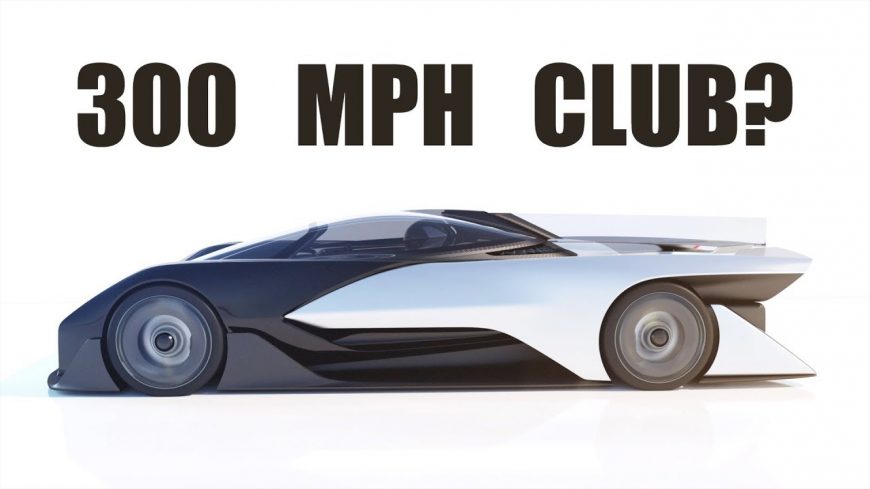 Jason from Engineering Explained has been working on a series of videos with Formula E discussing electric car technology and some of the benefits of electric cars, as well as some of the things holding them back. Today’s video is specifically about one milestone that until a few years ago, seemed like little more than a fantasy. However, there’s really been a buzz building over the past couple of years about the potential for a production car to reach 300 MPH. With Bugatti leading the way with two cars that have clocked top speeds over 250 MPH, it’s only a matter of time before production cars start creeping up on the triple-century mark.

What are the chances the first car to hit three hundred is an electric car? That’s what this video is all about. The main factor in keeping cars from reaching these insane speeds, at least from a physics standpoint, is the drag. While Jason can discuss the actual math involved, I can tell you from experience that as speeds increase, the amount of horsepower it takes to reach each additional MPH increases at a ridiculous rate, so you’re going to have better luck making the car more aerodynamic than you will be building an engine with enough power to just punch through the air, although the answer to reaching these speeds will likely lie in doing both.

That’s where going electric comes into play, as electric motors don’t need cooling ducts and vents like an internal combustion engine, allowing the car to have less frontal area, which is a key factor in making a car slippery enough to push past the current top speed. I’ll let Jason explain everything in his own words because I’m certainly no engineer. Hit that play button below and learn what it will take to hit the triple-century mark with a production car.

« The Legendary Buick Grand National – Everything You Need to Know!