Widebody Tesla Steals the Show at SEMA, What Other Tesla Mods are Coming? 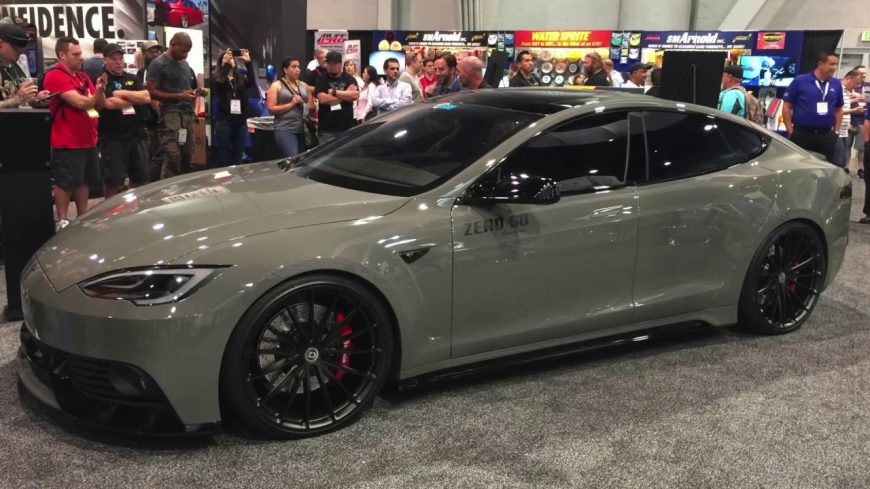 Widebody Tesla Steals the Show at 2019 SEMA, What Other Tesla Mods are Coming?

In this day and age, it just so happens that we are in a very fast moving culture that is introducing all kinds of different concepts at once.Obviously, transportation is no different as it seems like the concept of the electric car has been taking over recently. With the Tesla busting its way onto the scene, it was only a matter of time before aftermarket companies start pushing out different modifications that could take your Tesla from cookie cutter cutting-edge electric luxury sedan to something that you could make your very own.

This year, at the SEMA show, as you can probably imagine, there were plenty of Tesla machines to wet your whistle with. This time, we check out one of the machines that has been completely overhauled, taking the original look and adding a little bit of bulk to it as the car received a widebody kit. Now, beauty is in the eye of the beholder, obviously, with something like this, but the kit really seems to be something that caught on amongst popular opinion at the show. By and large people agreed that the look stepped the car up to the next level, showing us what’s possible with a good eye for design and a nice platform to start with.

Follow along with the video below that takes you for a ride with the extravagant SEMA show creation from “0 to 60 Designs” that really takes the already cool electric car and throws a little bit more of a twist in the mix, giving the car a complete facelift. After you start seeing creations like this coming into the market, it really leads you to wonder exactly what they will do next in terms of modifications released for the electric car. As the market is still kind of in its infancy, I’m sure that you’ll be seeing some crazy things before long.

« Square Body Gives GT500 a Run For its Money