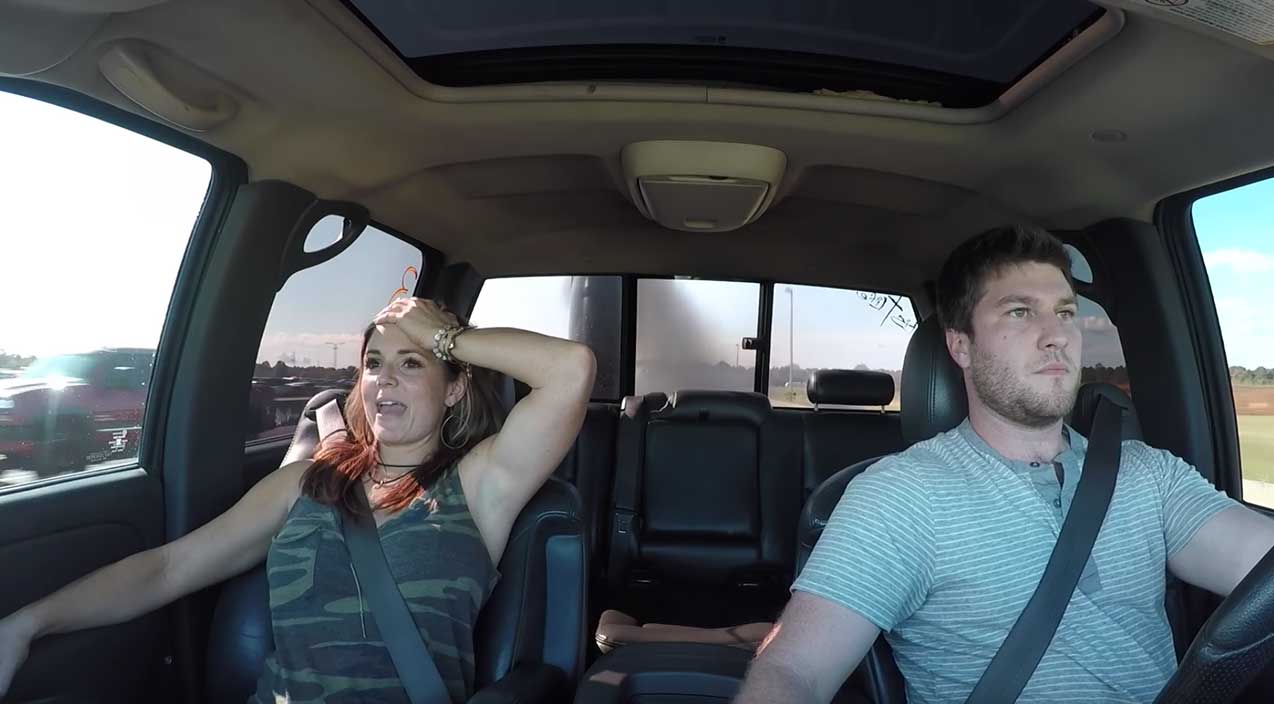 There’s a gearhead twist on an old adage that says “the couple that races together, stays together”, so we love seeing husbands and wives participating in the hobby we all share and love so much. Whether it be working on a hotrod in the garage together, rolling up at a meet, show or cruise in, or hitting the drag strip together, it’s so cool to see “car couples” doing their thing.

It’s also no secret that some of our favorite videos are reaction videos; clips of people taking a ride in something with a lot of power for the first time. The reason we love these is because the reaction are so unpredictable. We’ve seen kids in Supra’s act as if they’re riding in a minivan and mom’s in Mustangs that act as if it’s the end of the world, and everything in between.

Combining these two thoughts, we have a young lady’s reaction to hitting the strip in her man’s built diesel pickup. I’m not sure if these two are married or if they’re on there way to that point in their relationship. Either way, we get to see her reaction to a pretty solid run down the 1320 at Alabama’s Montgomery Motorsports Park. Having been to MMP many times, I know this track is known for being super smooth and producing some awesome elapsed times.

Our driver carefully stages up alongside another pickup, then drops the hammer as black smoke billows from the exhaust behind the back window. At first, our passenger doesn’t really seem to have much of a reaction, but as soon as the truck clears the quarter mile and the driver lifts, we see the truth behind her glazed-over expression. The g-forces behind the launch had her feeling a little dizzy, so she wasn’t really able to react until the pass was over.

This is relationship goals, guys. Get you a girl that will go to the track and ride with you – as long as it’s safe for her to do so – and share your hobby with you. If she says “it’s me or your car/truck/hobby”, she ain’t the one!