Wild Bill On A Wild Ride At No Prep Nationals In Topeka Kansas! 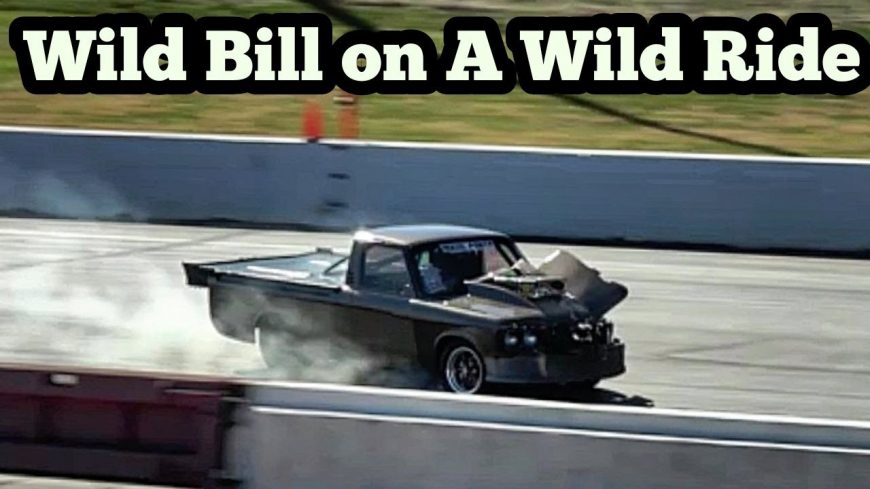 While you’re out there drag racing, you never really know what’s going to happen. One moment things might be going as according to plan and the next, well, your plan becomes unhinged, sending you for quite a wild ride as you can do nothing but hang on and hope for the best. It’s something that you never wish on any racer but sometimes, losing control is simply unavoidable as putting down that much power to any surface is something that’s incredibly difficult to do right and, when all the factors don’t line up in a row, can definitely be an easy situation to lose control of, leaving fate in the hands of inertia.

This time, we catch up with just that situation as things get a little bit scary when a couple of cars line up at a no prep event. If you’re not familiar with how a no prep works, essentially, it adds yet another level of complication to the mix, removing track preparation that normally creates a level of stickiness to help the tires plant themselves to the ground, however, without that in place, we see a lot more cars sliding around out there including this rowdy little truck that seems to want to really get going but the traction element isn’t really coming into play in the way that the driver anticipated.

If you follow along down in the video below, you’ll find quite the wild ride as seen on video from the National No Prep Association as Wild Bill ends up getting sideways and crashing into both walls before coming to a stop. Luckily, the driver’s fate didn’t match that of the truck as he would be able to walk away with no major injuries. It’s situations like these where you really get an opportunity to get a new perspective on an accident, you can’t help but be frustrated that it all happened in the first pace but are also equally grateful that you made it out in one piece.