Wild Custom Built Harley Has All The Chrome, And Lights 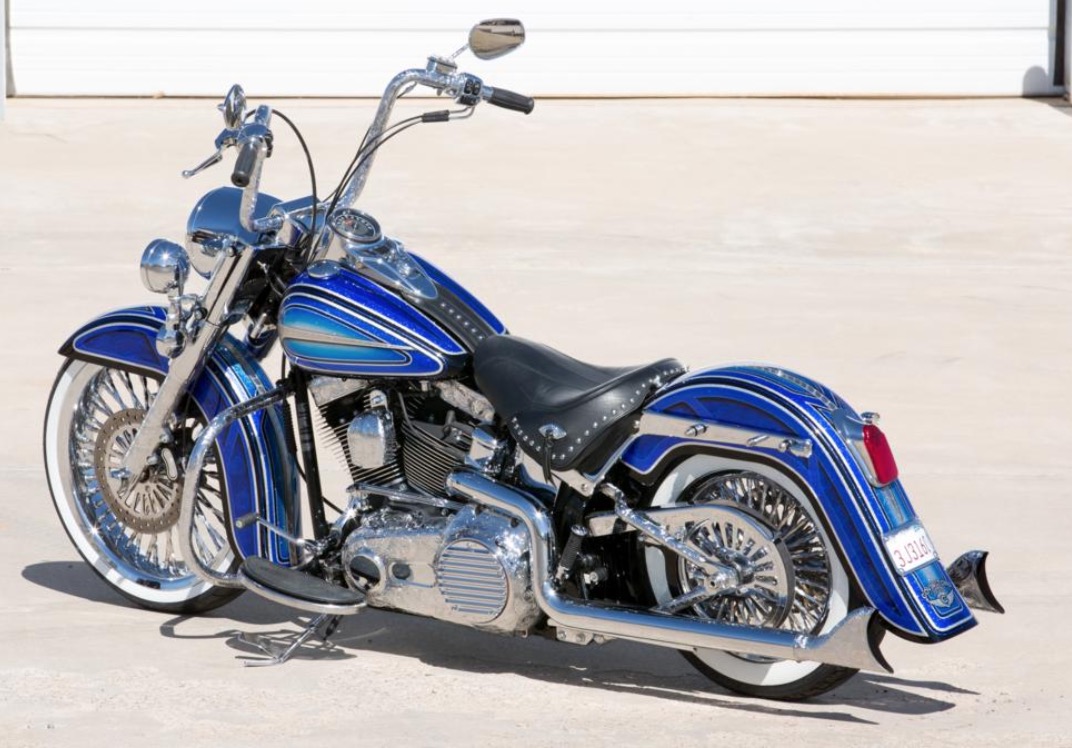 There are two kinds of vehicle builds in this world on the opposite ends of a spectrum. On one hand, we have those that are functional and do all that they can to bring out the ultimate performance, catering to the user and giving them exactly what they need in terms of getting whatever job is at hand done. On the other hand, though, we have the builds that are designed to impress. These show quality pieces can really be something that rivals a piece of artwork and many would even consider them to be worthy of some sort of a museum! Now, we wouldn’t say that this is something that has to absolutely polarizing but instead, some builds can be a sort of mix of both and most of them are.

In this situation, though, we definitely don’t have one that gravitates towards the middle of said spectrum but instead, one that is all the way on the side of the showpiece point of view. This bike isn’t necessarily something that we would be riding all the time but is certainly something that we would be proud to have in our garage as it seems to have a level of craftsmanship that really makes it pop, bringing together all sorts of color and chrome into one package that certainly would make this set of wheels one that should have no trouble with standing out from the crowd, even if it were surrounded by tons of other motorcycles.

If you follow along down in the video below, you’ll be able to get a glimpse of this thing as we’re given a nice little walk around of the bike that is designed to make eyeballs pop out of heads. We definitely have to say that it looks like a job well done and a mission accomplished with this machine that gives an all-new meaning to the word “shine.”