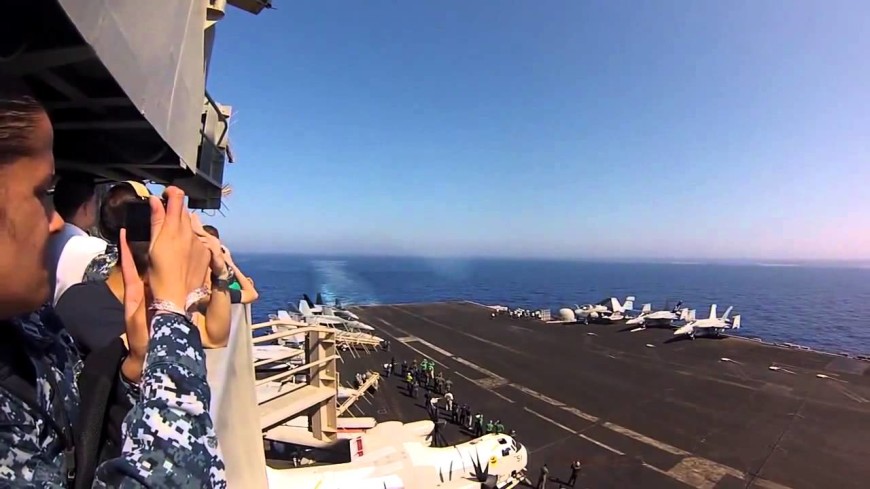 When an aircraft reaches a certain speed, it will begin to show the effects of drag in a way that becomes visible and is widely known as a “Sonic Boom.”

For this lucky group of people, they witness this scientific phenomenon as an F/A-18C flys by at the speed of sound right in front of their eyes!

Check out the video below as one of the spectators was able to capture this scientific phenomenon on video and go home with an immortalized copy of a memory to last a lifetime.

This fly-by is so low that it almost takes a few heads off!