Wild Tractor Pull With 3X Helicopter Engines! How Much Torque?

Wild Tractor Pull With 3X Helicopter Engines! How Much Torque?

When it comes to the tractor pull, it’s all about making as much torque as ...

When it comes to the tractor pull, it’s all about making as much torque as reliably as you can for as long as you can. Not only do you have to worry about making extreme power, but you also need to consider the fact that there are plenty of components that might give in to all of that pressure.

The power of choice in this puller’s ride is not one or two but three helicopter engines that crank the intensity up and give it a boatload of power that aid the rig in getting its heavy load as far as humanly possible in order to out-perform the competition and head up to the top of the leaderboard.

We’ve seen all sorts of combinations ranging in scope that involve multiple engines or even engines from heavy haulers like tractor trailers that you see blasting around the interstate on a regular basis but this concept really kicks the intensity up a notch.

Check out the video below that shows off this pulling rig flexing its muscles to show off the pulling power that lies within. Check out the massive pull down below as this build absolutely screams its way across the competition surface and drops more than its fair share of jaws on its way there. 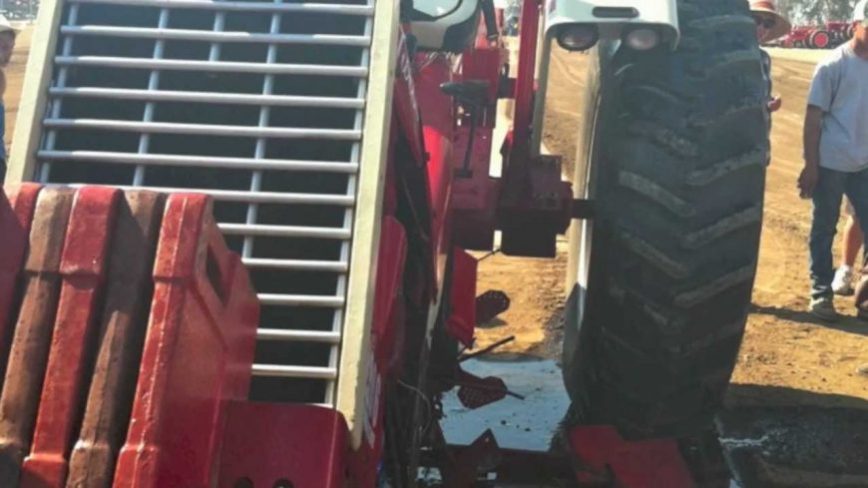