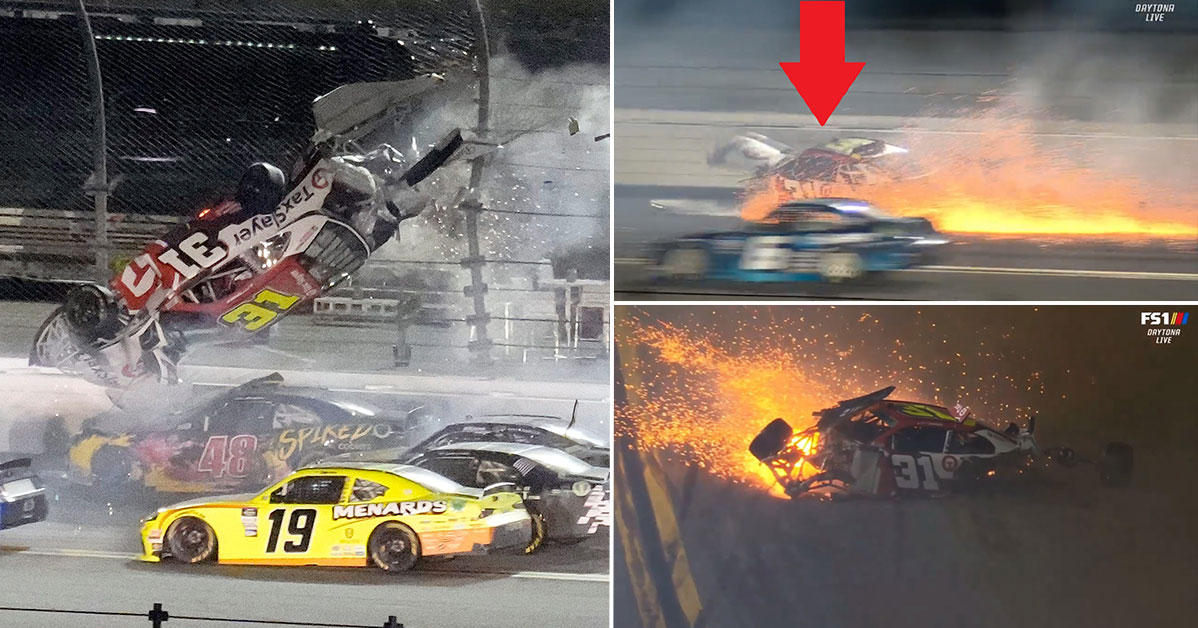 The first official weekend of the 2022 NASCAR season is in the books. As is always the case, drivers with head down to Daytona Beach, Florida to compete at Daytona International Speedway which is the most storied track in racing for a reason!

Racing was intense and ended up boiling over in both races. Here’s what happened to cause the most insane crash we’ve seen in a while.

As is the case with many NASCAR races, as things draw to a close, drivers who have been patient, just trying to stay away from damage all race are going to start pushing a little bit harder as the race gets closer to finding the finish line for the last time. With that, things can get a little bit scrappy in the last couple of laps of the race. When it really becomes crunch time and drivers know that they only have moments to make the pass to get the win, we will frequently see accidents unfold in the final moments.

This is a common theme with most races that unfold on a NASCAR track. However, things seem to be particularly hectic when it comes to racing at Daytona. This year was certainly no exception is the final laps of both the Xfinity Series race and the Cup Series race ended with situations that drivers probably would have preferred to avoid.

This time, we tune in with the last lap of the Xfinity Series race where the most intense crash of the weekend happened. With teams trying to figure out the next-generation cars, drivers are also learning how exactly the cars react to a crash. Unfortunately for Xfinity Series competitor, Myatt Snider, he would get all too close to the action as his car would end up going airborne in the final laps, tumbling several times before completely deteriorating.

Fortunately, Snider was able to walk away from the accident without any serious injury which was certainly is a testament to the safety equipment available in these cars. However, for those watching on the outside, this definitely was an accident not for the faint of heart. It was certainly a pretty scary situation for spectators to watch as Snider was left at the liberty of momentum.