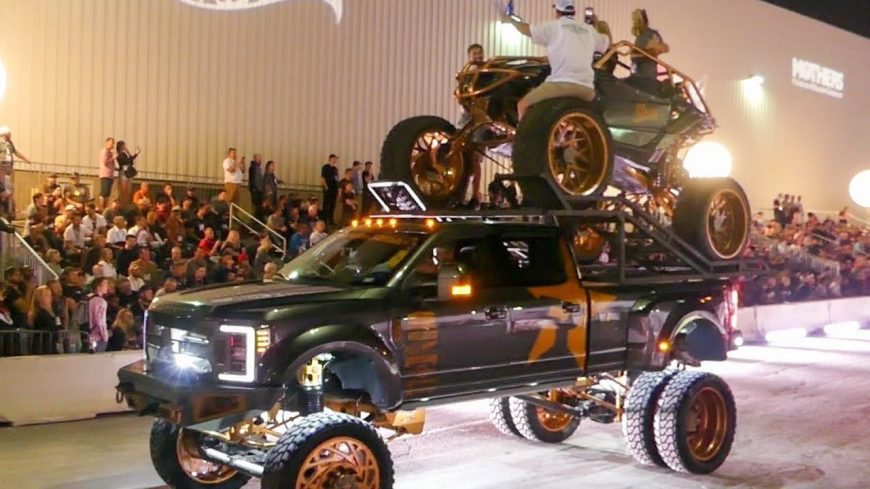 When it comes to the SEMA show, everyone is looking to put their best foot forward. The massive automotive trade show gives all who enter the chance to show what they’ve got. By building a 2020 Supra or Jeep Gladiator, many would really stand out from the pack. Just kidding! There’s not inherently anything wrong with using the latest platforms to advertise your talents. However, one can only look at the same car so many times before they’ve simply had enough!

Here are some of our favorites from the show:

While the Supra and Gladiator did seem to dominate the landscape, there were some folks who got a bit more creative. This is where we really got to sink our teeth into some interesting builds. This category involved vehicles that were incredibly unlikely or even made from scratch. These unlikely and creative rides seem to fall into the category that really embodies the spirit of the show.

This time, the Built Diesel Mafia YouTube channel gives us their version of some of the most off-the-wall cars at the show. In order to fit into this compilation, it seems like the rides had to bring something incredibly different to the table. Let’s just say that this compilation offers us up a fair share of custom fabrication work.

By following along with the video below, we catch this compilation of what is said to be awesome, crazy, and over-the-top. No matter what, we’re going to catch a glimpse of something different at SEMA. Being able to stand out from the crowd of people who are trying to stand out can certainly be a challenge. The best of the best have all been invited, after all.

However, within this massive compilation of rides, we would say that there are a couple that really captured the attention. Which of these beasts do you find to be the best of the bunch?