Will he Pass?? Hail Mary NHRA Drag License Test in the Chase vs Finnegan Saga! 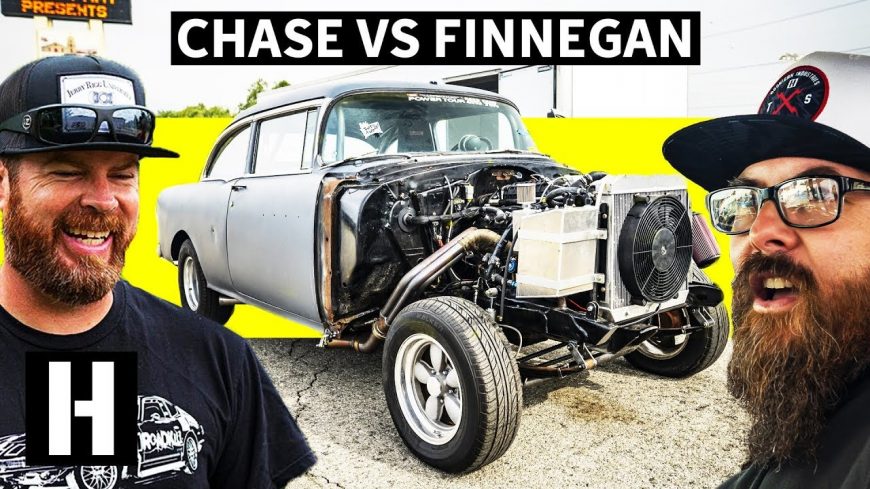 Many of you have been following the Kall Out Kings on Hoonigan’s channel, where Roadkill host Mike Finnegan is slated to take on Hoonigan’s own Jon Chase in their shoebox Chevy’s at this weekend’s NHRA season-opening Winternationals in Pomona, CA.

Finnegan’s car, known as Blaphemi, has spent plenty of time on the track, but at the end of last year, he dropped a valve and smacked a piston when he shifted back into first gear instead of 3rd on a balls-out attempt to set a new personal best and win his class at Drag Week. He’s got the back together and is making his way out west from his home in Georgia, with a planned stop at the dyno and hopefully a day of testing before pulling into Pomona.

Chase, on the other hand, is just getting his car put together and is chasing what we in the industry know as “new car bugs”. While it’s pretty self-explanatory, anytime you build a car with a new engine and/or power added and/or power train, there are almost certainly going to be minor hiccups that pop up and cause delays and headaches. Chase is looking at both after firing his car up to pull onto the dyno and hearing what sounds to all the world like a rod knocking.

With the racing closing in and the daunting NHRA licensing process still ahead of him, Chase knows he doesn’t have time to wait on the car, known as Tri 5 By Fire, to be repaired, so he leaves his hotrod in the capable hands of Accelerate Race Solutions and heads out to the track with three of Accelerated’s customer cars to make his licensing passes. After completing six successful passes, Chase’s license is signed and his attention turns to getting the engine pulled and repaired, hopefully in time for the big race with Finnegan.

Keep an eye on Pomona this weekend, especially if you’re a subscriber to the NHRA’s new All-Access feed, NHRA TV, to see which of these two guys emerge victoriously.