He Wired a Horn to his Dad’s Brake Pedal, the Freakout was Epic 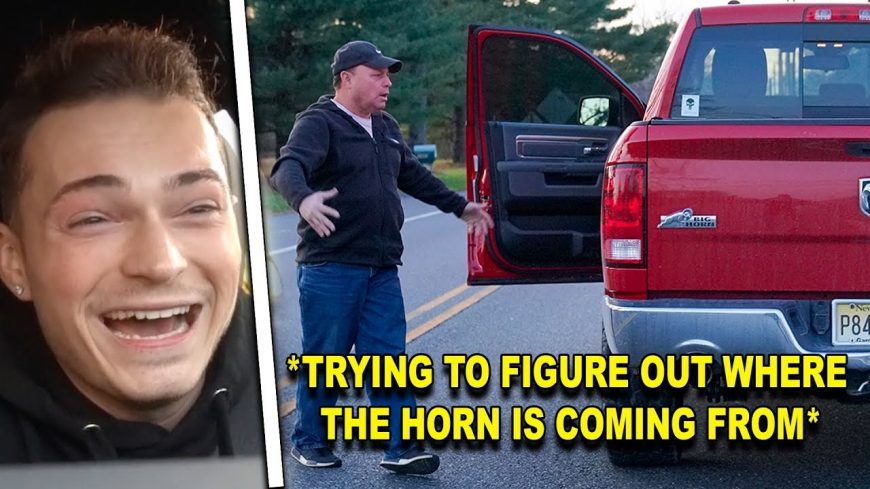 For those who call themselves YouTube vloggers, sooner or later, a prank has to be thrown into the mix somewhere. It seems as if this type of video is almost a staple of these kinds of YouTube channels. For Lance Stewart, he might’ve gotten his start on Vine. However, since the demise of that platform, he has really found an audience on YouTube. Every once in a while, Lance does come up with a pretty ingenious prank that has his family hating him and his viewers laughing out loud. At the end of the day, it’s all in good fun and keeps the humor coming!

This time, the prank at hand takes on a little bit of engineering in order to make it come together. In this one, the target vehicle is going to be rewired just a little bit. Instead of the brakes simply working alone when the brake pedal is pressed, they will be accompanied by something else.

As you probably deduced from the title, a horn has been fastened to the back of the vehicle. This will also sound when the brake pedal is pressed in. As one can imagine, this might end up creating quite the reaction for the person behind the wheel. I’m not sure that many of us would know what to do in a situation like this.

By following along with the video below, we get to head straight to the scene of the action. The only thing that has us wondering about this one is why we hadn’t thought of it first. There’s nothing like a little bit of a prank to get you going in the morning.

In fact, this one almost has us in our own foolish spirit. Who knows what might evolve here in the Speed Society offices after watching a prank like this?