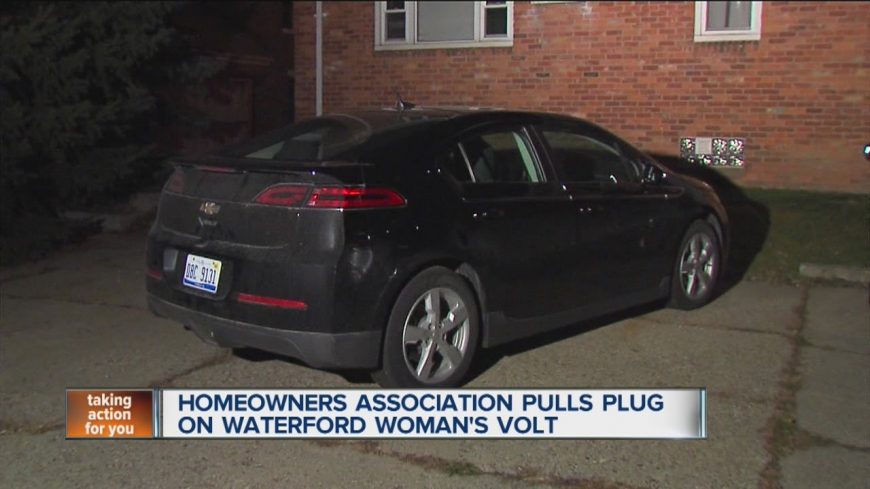 With electric cars becoming a more and more popular item these days, finding their way into the mainstream, they’re definitely going to have to be something to think about in terms of your electric bill if you plan on getting one. The extent of that thought for most potential electric car owners stops at how much their bill is going to go up each month as a result of them plugging their car in. However, when this Chevrolet Volt owner got her hands on her new ride, it will be a lot more complicated than that as her homeowners’ association decided to hop in and sabatoge her original plans to save a little bit of money by going electric.

You see, the root of the problem here stems from the fact that this electric car owner is a part of theashared garage in her complex. This might seem like something that could be an issue, especially if a common electric bill is going up every month, however, the car owner claims that she offered to pay the difference in the bill with the new charges, but instead, she ended up getting price gouged, or so she says, being forced to pay what she claims to be about four times the cost of the electricity that she was actually using!

Follow along in the news report video down below that outlines everything that this woman has gone through in her battle for fair treatment in this situation. For now, she decided that running an extension cord from her property all the way to the garage is going to have to do for the time being. This seems like an awfully big inconvenience for something that should be fairly simple to set up and operate. What do you think of this back-and-forth between this woman and her HOA that really seems to be going nowhere fast?

« Tire fraud that can cost you your life