Woman Leaves Child in Car to Argue After Accident, Leaves Car in Gear to Roll into Highway 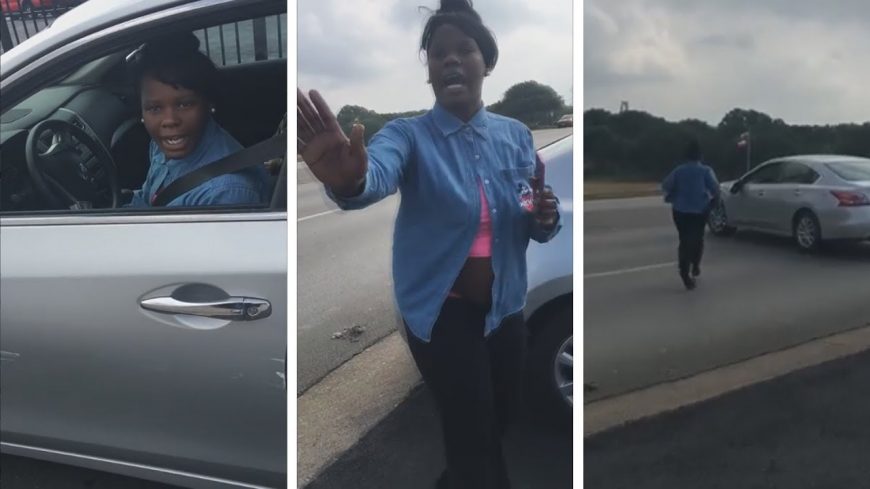 Sometimes, you really have to look at a situation and wonder what exactly people are thinking. Even in something that’s as clear-cut as the aftermath of an accident where you’re supposed to exchange insurance information, somehow, somebody can manage to make it into a huge deal that it doesn’t actually have to be, taking what otherwise might be a stressful but simple situation and creating a whole new situation out of it doesn’t even have to exist, but hey, I guess that’s people for you. If you’re are you shaking your head like we are at what we had to say so far then the situation is definitely going to be one that is going to get a rise out of you.

As it turns out, in this video, we’ll be running to just that situation as, according to the man behind the video here, the woman pictured managed to sideswipe him, merging into his lane and running into his minivan. It’s not really all that complicated of a situation, or at least it doesn’t need to be as all you need to do is exchange insurance info or wait for the police to come and sort it all out, however, as it turns out, nothing can really be simple and this woman is up in arms, ready to have a panic attack as she tries to escalate the events past where they needed to be.

As if that wasn’t enough for you, after getting out of her car in a frenzy to argue with the man, she decides that it would be a good idea to get incredibly loud, obnoxious, and leave her child in the car that she left in gear to roll into the highway. I get that, when you’re in the middle of a high-intensity situation like this, you might not have your full wits about you but this one just gets worse and worse as the video continues on. If you care to dig into this one, the entire thing was caught on camera and is showcased down below. After sinking your teeth into all of the combustible elements that this video has to offer, be sure to tell us what your take on all these factors is.