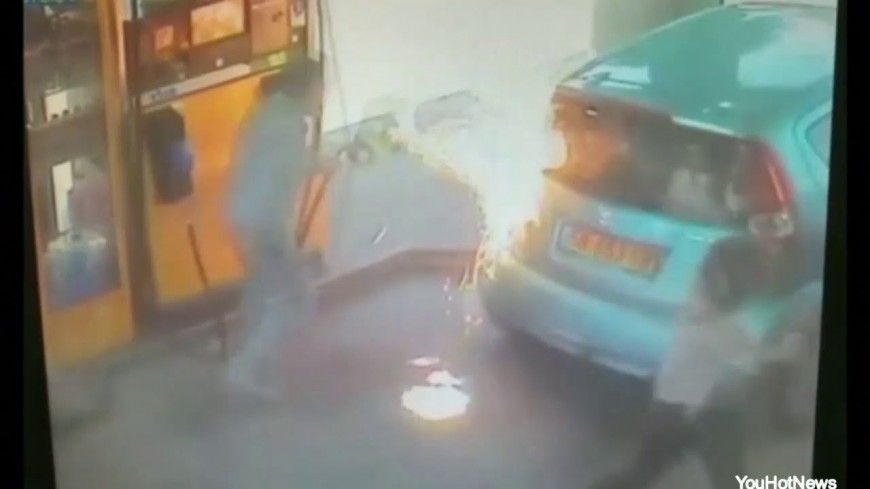 Yes, just in case you were wondering, there are people that really are this crazy. Until you see it, stuff like this is really hard to believe.

A first glance here would lead you to believe that this man and woman have a history. While still crazy, the woman would have some sort of an excuse for lighting his car on fire.

However, after reading what police allegedly reported, the crime was carried out because the man denied the woman a cigarette. If what we are being told is true, this has to be the biggest overreaction ever.

Check out the security camera footage below as the man is filling up his car with gas only to have the pump lit on fire. This just goes to show you how easily some people can be set off.

« SEMA PLATINUM POWERSTROKE ON 40’S BURNS IT DOWN!!