Woman RUINS $200,000 BMW With a Hammer After Alleged Affair 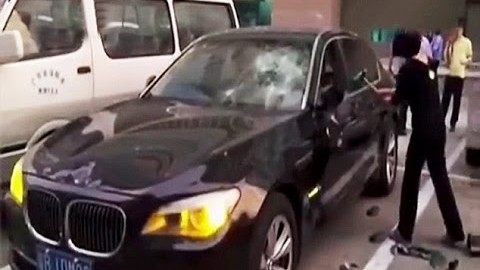 Woman RUINS $200,000 BMW With a Hammer After Alleged Affair

If there’s one thing that you don’t want to come face to face with, it’s a significantly upset woman who is swinging a hammer, but unfortunately for the owner of this BMW, there was really no avoiding it.

After this woman’s significant other allegedly decided to have an affair, she just wasn’t having it and would go for a kill shot, attacking his BMW.

With each swing came another dent in the wallet and before long, this once supreme luxury cruiser would no longer be recognizable.

Check out all of the action in the video below as a bystander whipped out their cellphone and captured the entire incident on video. This one could get interesting.

Watch this cheater’s car get blasted below!

« Commercial Fail – Car Salesman Does The UNTHINKABLE To Sell Cars