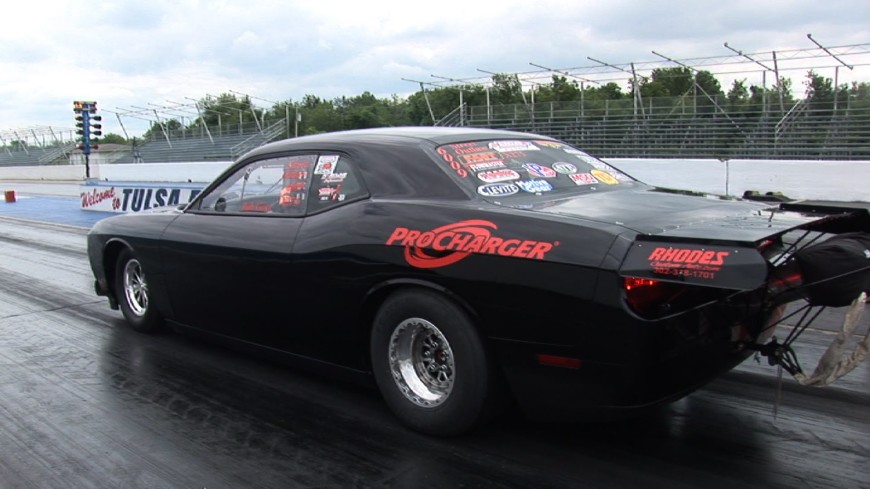 This time, Rob is duking it out in his X275 trim against a slew of Turbo Ford Mustangs at the Radial Revenge Tour July event at Tulsa Raceway Park.

Check out the The HHP Racing built DragPak Challenger featuring an all aluminum BES 404ci engine with a ProCharger F1X Supercharger as it whoops some tail in the video below.

As far as we know, this is still the record holding pass