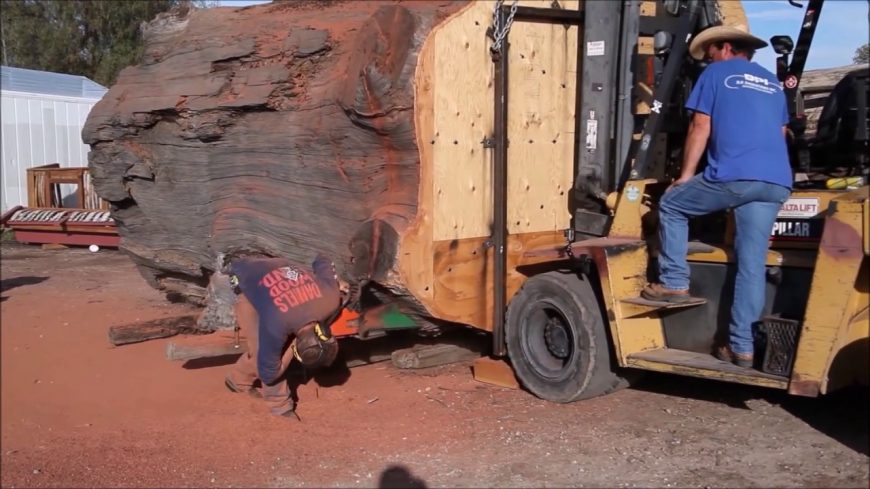 While there might not be too many of us here in the car community that know all that much about nature, it’s quite common knowledge that the Redwood trees out in California can be some of the most massive around, standing as some of the most dominant features that nature has two offer.

When a Redwood that happens to be over 2,400 years old is knocked down, it would be wrong to let all of that wood go to waste as the massive chunks of lumber could most certainly be put to use for something a lot more functional than simply allowing it to rot into the ground.

However, that really leads one to question how they would go through with cutting through such a massive tree. It almost seems like that would be a job for the world’s biggest chainsaw, so breaking out just that chainsaw is exactly what this crew decided that they need to do.

We watch in closely as this beast of a chainsaw that requires two to operate is put into action, chopping down a Goliath when this Sequoia Redwood at Daniels Woodland in Paso Robles California is dismantled. If that wouldn’t make for a cool story behind a nice chair or table, I’m not really sure what wood. (Yes, cheesy pun intended)

« First Ever Speaker Box on Wheels