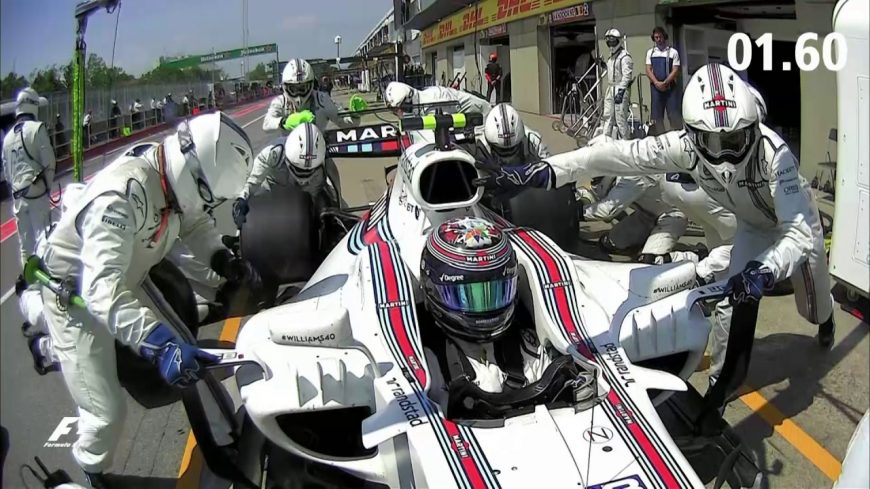 Maybe, if you’re pretty skilled at what you do, you can have a tire on and off of your car or truck in a minute or so. Now, just imagine taking that process, multiplying it by all four tires, and trimming down the time to just over two seconds. No, that wasn’t some sort of typo.

All of that work in just two seconds might seem nearly impossible but when you take a look at the world’s fastest F1 pit stop, that seemingly impossible feat becomes a reality with the team that has just worked their way into the record books with the display that’s nothing short of breathtaking.

It’s truly incredible to watch as this F1 team gets to work when their racing machine into the stall, jacking it up quickly, removing all four tires and wheels before replacing them again and even cleaning a little bit of debris off the back of the car, all within 2.17 seconds. Personally, I had to click back and replay this one frame by frame so that I could see everything that was happening because, with my naked eye, I just couldn’t decipher the video in real-time. That’s how fast they were going!

You could argue that the team does consist of a bunch of trained professional, all with the most complex tools in the business, ready to get rolling on doing their job they have done hundreds of times but, it’s hard to argue that this isn’t impressive.

No matter what tools you have on hand, this job looks to be one that is reserved for the greats. There aren’t too many things that most of us can do productively in that short period of time, but this crew really hast their jobs locked down. it’s almost like these guys have some sort of superhuman ability as they get to maintaining the car in the middle of the race during this lightning fast pit stop.