Year after year, the Goodwood Festival of Speed attracts just about everything fast. ...

Year after year, the Goodwood Festival of Speed attracts just about everything fast. While sometimes, this can mean that the folks making their way around the corners are behind the wheel of something traditional, other times, it’s really the most unconventional vehicles that find their way there. I think that it’s pretty safe to say that among the unconventional, perhaps one of the most eye-catching is this curb slashing lawnmower that really made a stink. In fact, by listening in to the audio here, we hear not only the screaming of the Honda Mean Mower V2 but also the chuckling of people who really have no idea what to expect of this thing.

When it comes to the second rendition of the Mean Mower, it certainly no laughing matter, though. Through a variety of improvements, the Mean Mower V2 has become the fastest lawnmower in the world. Believe it or not, this is actually an area where there is a little bit of competition. Let’s just say that this mower isn’t the only lawnmower to have ever been built for speed but it does have a pretty big gap on the competition. With an extensive plethora of performance modification including a Honda CBR1000RR engine cranking out 160 hp, it really rips!

By following along with the video down below, we get to watch this brute of the machine cut its way through the Goodwood Festival of Speed. It’s kind of crazy to wrap one’s head around the fact that this is actually a lawnmower out there shredding like that. However, once that fact settles in, the contraption is a bunch of fun to observe. We get a feeling that this is going to be one that plenty of folks want to share with all of their friends. We know that we certainly did!

Lawnmowers That Will Make You Actually Want To Cut Your Grass 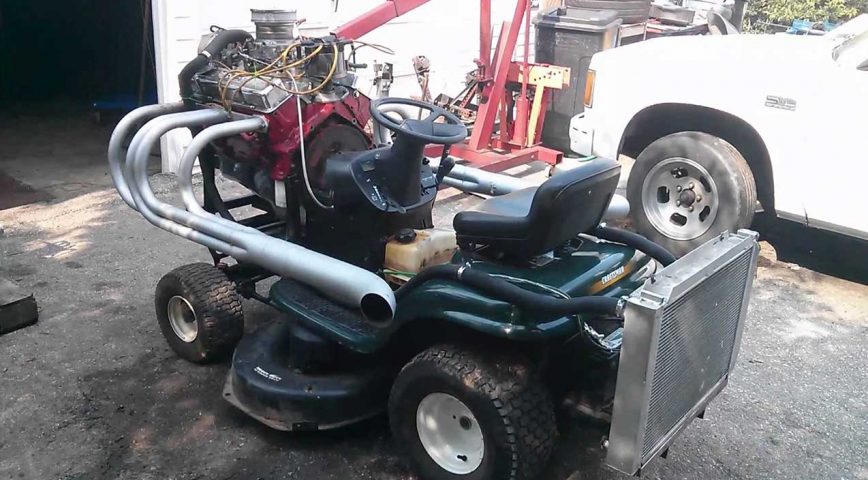