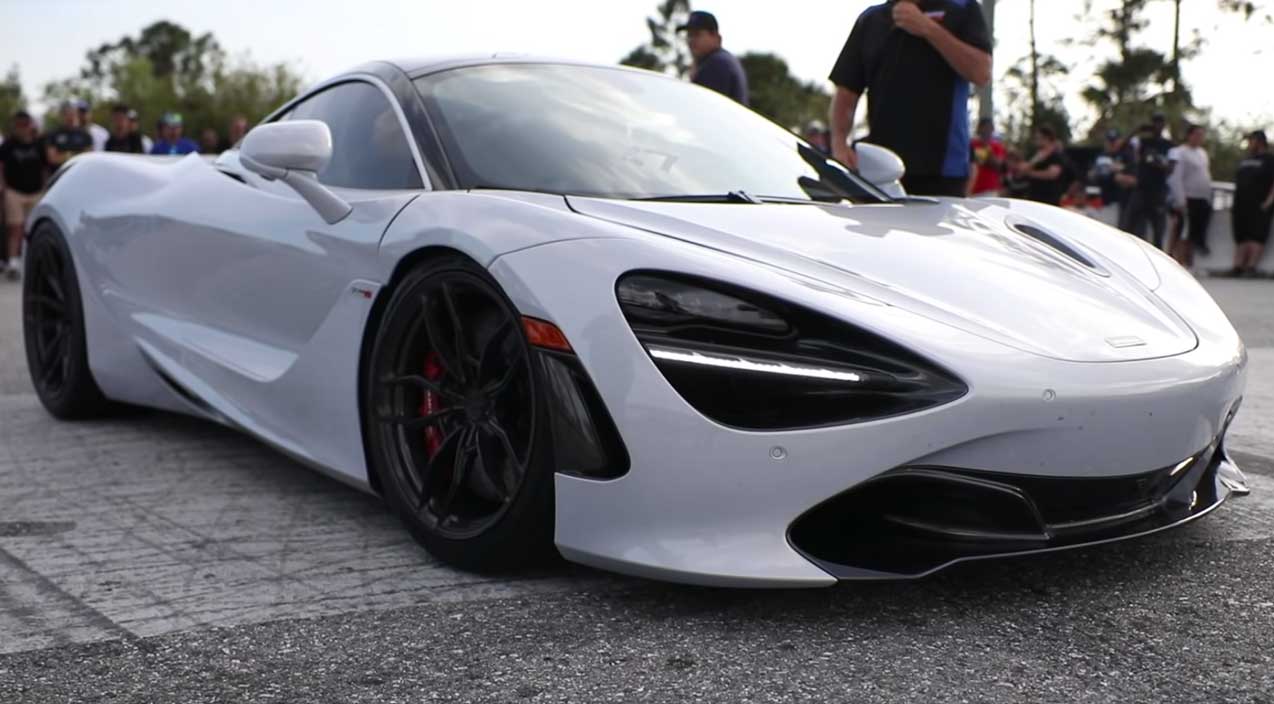 After spending just a couple of years on the market, the McLaren 720S has definitely found a way to separate itself from other supercars. At a knockout of a price, the car seems to pack a lot of value per dollar into one concise package. This is all without losing the luster of what it really means to be a supercar. These things really do rip right out of the box but we’ve found that with some slight modifications, owners are stretching the cars out even further to do some even more amazing things on whatever racing surface strikes the owner.

This time, the scene of the action is an event put on by That Racing Channel Called “Street Kings.” I don’t think it takes any stretch of the imagination to say that this McLaren is anything short of a street king itself. For starters, it’s worth noting that the car only has some basic modifications. With a set of aftermarket turbos, a little bit of tuning, and a downpipe, the car is able to rocket to 1000 hp at the tires. When considering the fact that the car only makes just over 700 at the crank, in factory form, that’s quite the gain! The idea that it’s an all-wheel-drive application helps as well, laying some serious mustard down at the tires.

What is the owner looking at when it’s all said and done? Well, the goal here is to be able to take this exotic and blast its way straight into the eight-second range in a quarter mile. From what we have seen of the car so far, it seems to be banging right on that door. Be sure to check in with the video below to see how far this thing will actually go. By taking one look at the car, nobody would probably be any wiser as to how much power is lurking. When unleashed, it’s certainly something to be incredibly excited about.

« Chevrolet VS Ford! Who Makes The Faster Turbocharged Truck!