Checking Out the World’s Fastest Tractor at 100+ MPH 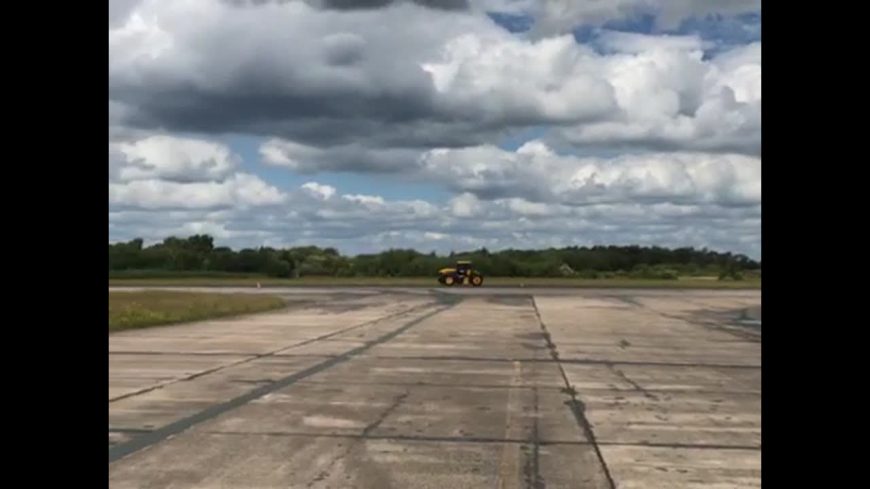 The record for the world’s fastest tractor probably isn’t too heavily contested. However, that isn’t to say that the record isn’t cool because it is! Williams Formula One Team decided to collaborate with JCB in order to make it happen. Long story short, they made magic happen as the massive machine ended up flying to some incredible speeds!

When all was said and done, the power would be coming from a massive 7.2L diesel power plant. In order to make enough steam to break the record, 1000 hp was necessary. As we’ve become accustomed to from a diesel engine, that means lots of torque. If we’re talking specifics, the tractor cranked out 1843 lb-ft to really start rotating the Earth beneath it!

In the Twitter video below, we watch from Elvington Airfield as the record is broken to the tune of 103.6 mph. Considering that’s a speed that most of us has probably traveled, it could be easy to take for granted. However, when we consider how big the brute is that’s cranking out that type of speed, it becomes a whole different picture entirely.

This concoction almost seems like something that would spiral out of control in a gearhead’s garage. For us, we start with a simple project to the daily driver and before we know it, the daily driver needs to be replaced because it’s a race car all of a sudden. With this machine, the goal was originally to make machines capable of higher speeds for the roadway while maintaining ability on the job site. It looks like that just so happened to spiral into a world record. The team should be proud!

A sneak peek of what’s to come in our documentary with @guymartinracing and @Channel4 later this year. Britain’s fastest tractor, achieving a record 103.6mph. #JCBWFT pic.twitter.com/qMfk550IVf

« You Won’t Believe How Much Power This Chevy Work Truck Makes!