Worlds First Dodge Challenger Hellcat Powertrain on a Pallet! Running Engine and All! 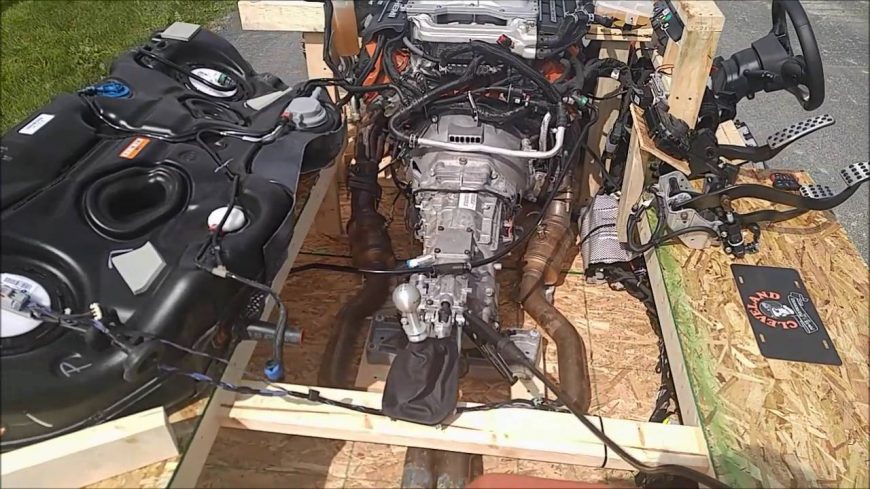 Dodge’s Hellcat Challenger has quickly caught the attention of hotrodders around the world, thanks to its understated styling and, obviously, the 707 horsepower cranked out by the supercharged Hemi engine.

And speaking of the supercharged Hemi powerplant, Cleveland Power & Performance has a Hellcat engine available as a crate engine, only it’s more than a crate engine, it’s the entire powertrain, and you can actually crank it up on the crank. Complete from gauge pod to exhaust system, this crate powertrain is ready to fire right there sitting on the ground before you drop it into the Dodge project of your choosing.

There’s no telling what this crate full of horsepower will sell for, but it seems likely that custom shops and collectors across the nation are waiting to snap it up, if they haven’t already, as the coveted running gear will make any build a little more badass than just buying and engine alone. To be honest, we might just leave it on the crate if we had it, because who wouldn’t want to be able to say “Hey, come look at my 707 horsepower engine crate!”