Larry Larson S10 Is Up For Sale! The “World’s Fastest Street Truck-Testing With The Clocks On! 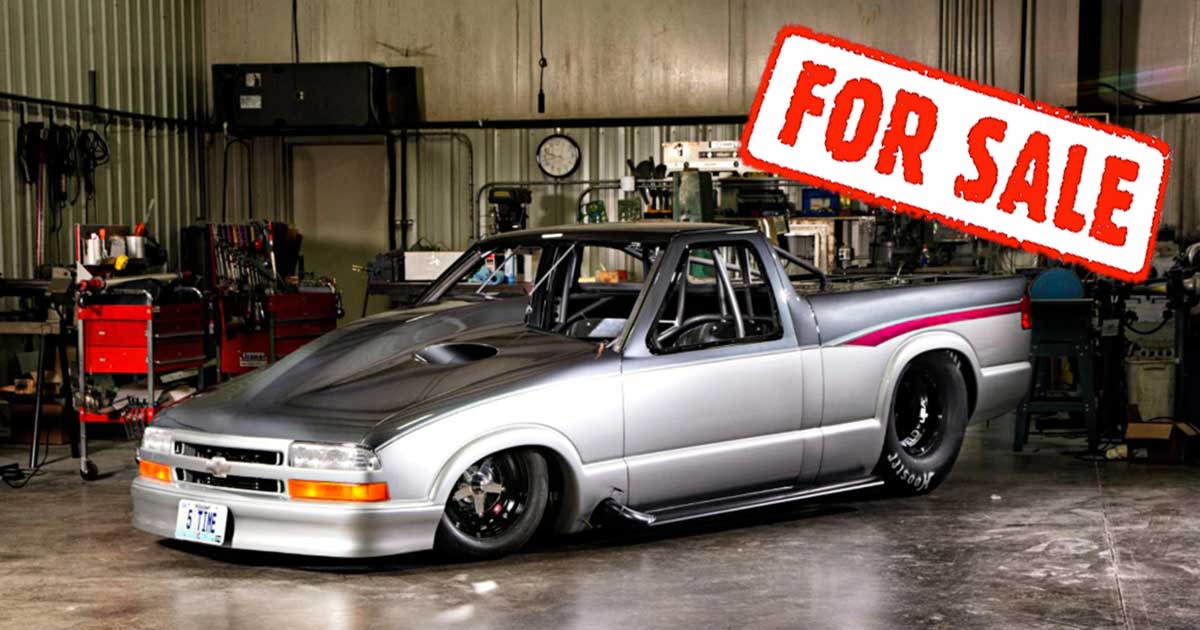 It looks like it’s time for Larry Larson to move on to greener pastures. It almost scares us that this guy is ready to move on from his Chevrolet S10. He must have something incredible up his sleeve. This S10 did leave the world in awe, after all, as we followed it on its journey to become the world’s fastest “street car” during Drag Week 2014.

The time has come, it appears, for Larry to move on, though. The most recent addition to the fleet is a stunning Cadillac ATS-V that has been turning heads everywhere. The car has been seen doing a couple of shakedowns and getting some track time in recently. Only time will tell how awesome the potential of the Cadillac might be.

For now, though, it’s time to say goodbye to a legendary combo in Larson and the S10.

The truck has built a reputation after becoming the baddest street driven vehicle in the world. Back in 2014, it was able to crack off a 5.95-second quarter mile journey at 244 mph. At the time, that would make it the quickest and fastest street car in the world. It was a time where every eye in the racing community was trained on the truck. Now a piece of history can find its way to your garage.

From what we understand, the truck has been put through its paces in terms of engine selection. The twin turbo combo that the record was set with was foregone. It would be left behind in favor of a big single turbo and 481x that Larry ran when racing the truck in no prep. However, the latter has since made its way into the Cadillac. The original twin turbo Drag Week setup featuring a 620-cubic-inch Brodix block is now back under the hood. Essentially, a buyer is going to work their way into a high 5-second street worthy machine!

For those thinking that they have what it takes to wheel this machine, it’s probably going to take quite the pocketbook. There’s no info publicly available on the price. However, if you have a couple of hundred grand laying around, you might want to hit up Larson Race Cars. Just a shot in the dark, but we think that the cost on something like this would be moving into mortgage territory.

« VW Owner at Odds With Local Government, His Car Won’t Make it Over New Speed Bumps