It seems like, no matter what way you look, whether it’s cars, houses, or any ...

It seems like, no matter what way you look, whether it’s cars, houses, or any specific category amongst a variety of other things, people simply like things to be big. There’s just something about the luxury and space that really gets to some people, meaning that in certain industries, you’re just going to see the objects within continue to grow. Apparently, if you ask Royal Caribbean, cruise ships should also be included in that category as they have released a ship of their very own that has eclipsed any other as the biggest of its kind.

At two 228,000 tons, you can expect the ship to boast a whole gamut of features on board. USA Today gives us some insight to the design, citing the ship as having a “two-deck-high family suite with a slide between floors, a revamped Boardwalk amusement area, a new laser tag attraction, and a new-for-Royal Caribbean seafood restaurant. Symphony also has more cabins than Harmony.” All of that size is good for a total of 9000 people on board when you break it down with the passengers and the crew, the latter of which should consist of about 2200 members.

The video below shows the scene is the $1 billion cruise ship makes its American debut at Port Canaveral, a highly anticipated arrival as people have been dying to lay their eyes on what such a machine could potentially look like. After all, this is probably one of the biggest boats that most people will ever be able to get to see in a lifetime. Even with no background in engineering, it’s not hard to recognize that this thing is certainly a feat to behold. If you’re out in the water, this is probably one that you’re not going to get in the way of because we can assure you that it ain’t stopping!

Meet The Largest Cruise Ship In San Diego. Diverted Because Of A Hurricane 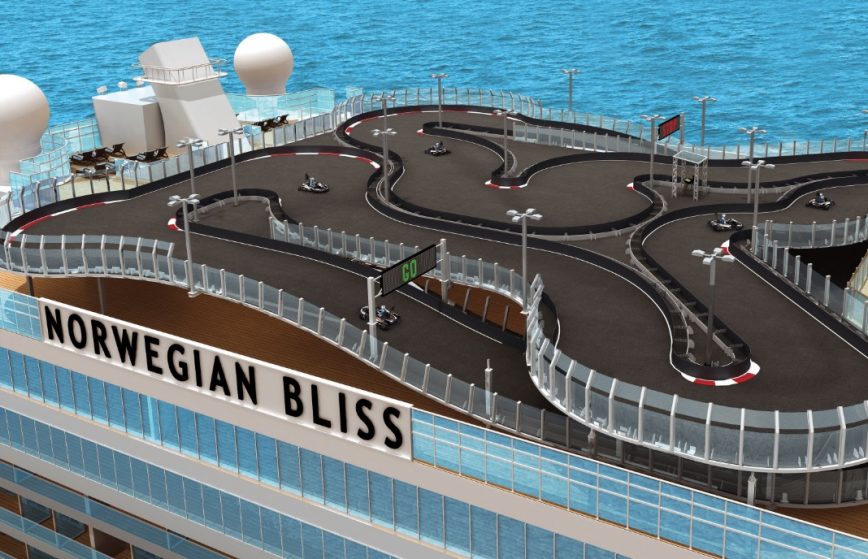