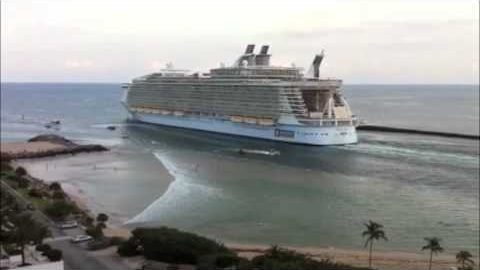 When it comes to boats, there is big and then there is cruise ship big. You might not even to think about it but these boats are so incredibly massive that they practically create their own ecosystem.

In this one, a bystander captures the scene as a Royal Caribbean cruise ship plows its way out to sea and in the process created its very own riptide.

We can’t say that we have ever seen a boat creating its own surf before, but that is something that this ship most certainly does and does well.

Check out the video below as the Monster goes about its business, temporarily robbing the nearby tidal ponds of all of their water. You don’t want to get in the way of this monster!