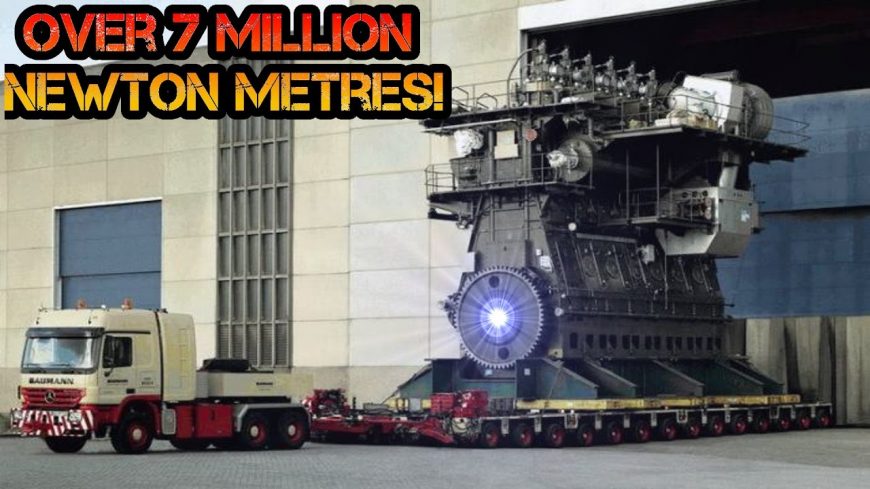 When most of us think of “big engines”, we think either of big-inch drag racing engines, which can reach the 1,000 cubic inch mark, or the massive diesel engines that power 18 wheelers. And while those are big, they’re far from the biggest in engines ever built. This video helps put that in perspective, showing us some truly massive powerplants from many different applications.

Kicking things off, the huge V12 that opens the video, coming in at almost three times the size of the largest displacement drag racing engine ever built, the 47-liter BMW VI was built for aviation use, but a few of them did find their way into on-road cars. There’s also the 4,300 CID WASP Major radial engine, which cranked out 3,000 horsepower. Howard Hughes infamous Spruce Goose used 8 of them, and the B29 Superfortress utilized 4 of the massive engines.

Caterpillar has built a V20 that clocks in at 6,500 cubic inches and powers their 1.3M pound 797B super dump truck, but even that isn’t the biggest engine in the world. There’s a room-sized V-8 diesel generator in Denmark that once held that title, but even it has been surpassed. At over 1.5 million cubic inches, that title belongs to the 100,000+ horsepower Wartsila-Sulzer RTA96-C, which powers one of the largest container ships in the world.

So there you have it, some of the largest engines on the planet all wrapped up neatly in this video! Check them out and let us know what you think!

« Trucker Pulls Over Cop For Speeding and Gets a Confession