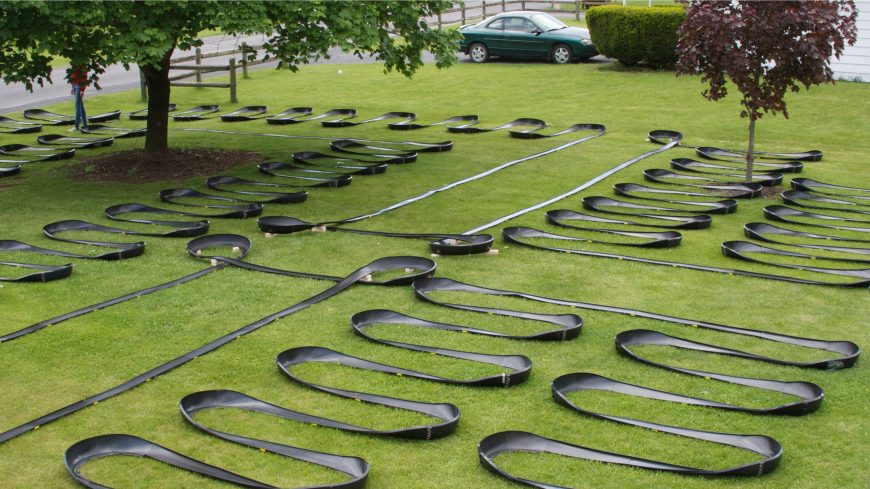 There’s no doubt that many of today’s hardcore hotrod fanatics got their start in the car world by playing with Hot Wheels when they were kids. It usually takes just one Hot Wheels car to hook a toddler into the habit (my son has over four hundred in a box in his room!) that is very hard to break. Once they start with the cars, the next logical addiction, I mean progression of the habit is to jump into the awesome assortment of awesome tracks! Simple enough for a kid to assemble and play with for hours on end, yet intricate enough to amuse men far removed from “playing with toys” ages, these tracks provide endless layout possibilities  when combined with other sets and accessories.

There is a series of Hot Wheels cars called Sizzlers that are powered by a small onboard engine and battery. The video below shows just how far these little hotrods can go, as the track layout reaches a record of 1969 feet! While there aren’t any loops or jumps, there are almost two thousand track pieces laid out end to end and the car races from end to end effortlessly. The world’s longest Sizzlers track is definitely a sight to behold!