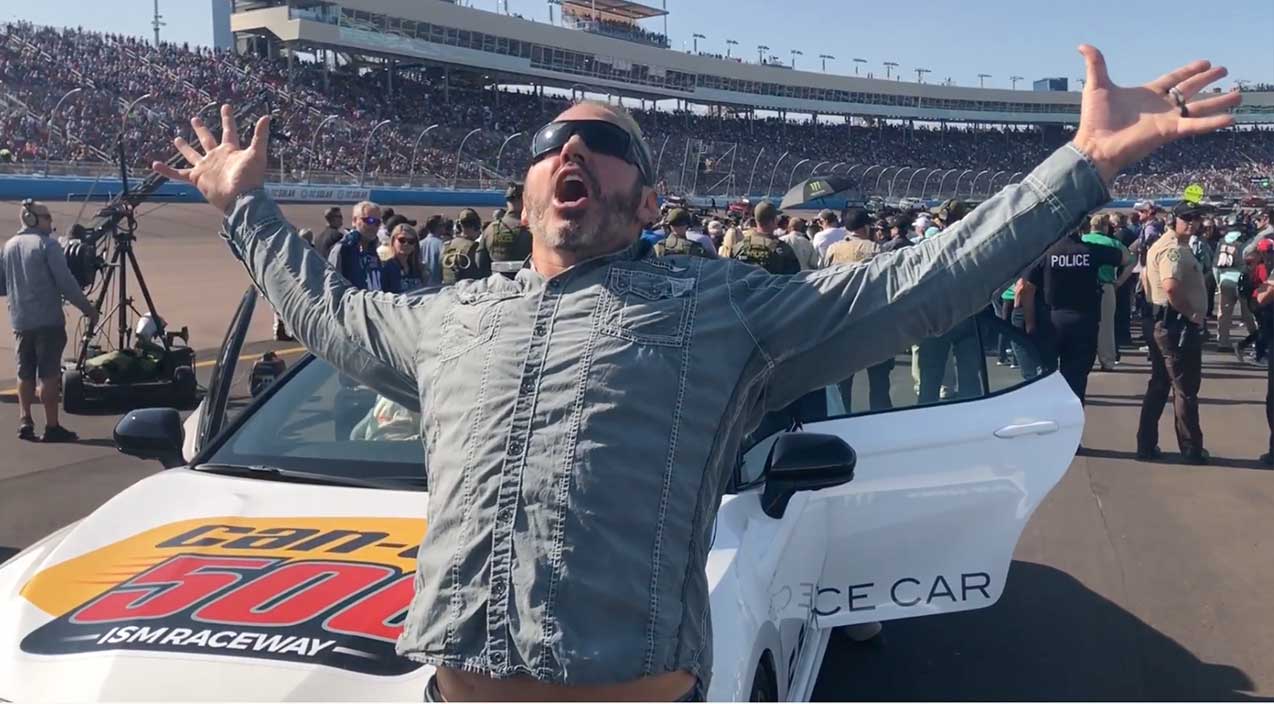 It’s been a few years since I was really into the world of professional wrestling, but I still remember very well the high-flying duo of Matt and Jeff Hardy, better known as The Hardy Boyz. These real-life brothers were often the holders of various WWE belts, including holding the WWE Tag Team World championship six different times.

As part of their careers, Matt and Jeff split off to pursue solo storylines within the WWE and other pro wrestling organizations, which often finds them spreading their promotional abilities outside the ring. Recently, Matt Hardy found his way to our world, joining the stars of NASCAR at ISM Speedway in Phoenix, AZ for the Can-Am 500 as the honorary pace car driver for the weekend.

Matt, who clearly has been blessed with the gift of gab to go along with his athletic prowess in the squared circle, brought us along through this short video highlighting his weekend, including getting pace car driving pointers from legendary crew chief-turned-commentator Larry McReynolds.

Of course, it wouldn’t be right to have a WWE superstar on the property without having him film a full-on in-character promotional clip, which we see Matt nail in a single take, because he’s only been doing promos like that for the past couple of decades. As you can see, by the end of the weekend, Matt has been bitten by the racing bug, admitting that he wants to climb behind the wheel and get out on the track, although he wisely says he’d prefer to start in the back, where it’s a bit safer.

This just goes to show you that even stars from the adrenaline-pumping world of professional wrestling can see how exciting racing is, even though they’re still watching from the pit area or wheeling the pace car. There are few things in the world that will get your heart pumping like horsepower!

Matt Hardy's day at Nascar for the CanAm500

NASCAR had a rather WOKEN pace car driver for the #CanAm500!