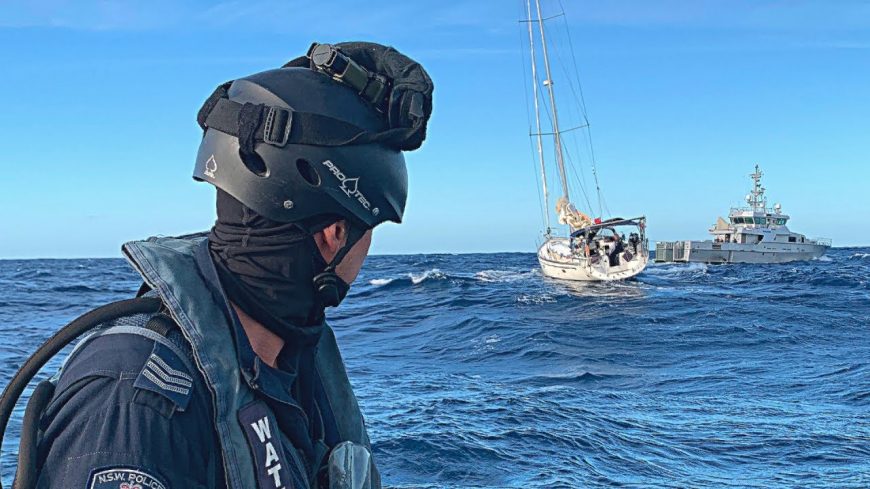 Anyone who has consumed literally any media about drug trafficking probably knows that the people behind this kind of stuff are either ruthless or desperate. On the desperate side, we find those physically transporting the product, usually for not very much money.

On the ruthless side, we find the people at the top of the food chain who regularly put the lives of many in danger while delivering products that can be deadly when consumed. It’s a trickle-down effect as the entire food chain acts erratically out of fear of command. Long story short, this is usually a pretty ugly way to make a living no matter what part of the food chain one might find themselves in.

This time, we check in with yet another bust that took down an estimated 1000 kilos of meth that was heading toward Australia. In the early morning hours of April 18, New Caledonian authorities seized a yacht that was carrying the drugs. Typically, we would expect to find some sort of makeshift vessel doing this sort of work. However, with all of the profit being made on a job like this, it doesn’t shock us to see higher class vessels being used for the operation. Hiding in plain sight seems like it might even be a more effective strategy than trying to hide.

The people on board say that the meth heading into Australia had departed from Mexico. In the operation, two men were arrested and the drugs in question were taken off of the streets. As the war on drugs continues across the world, it doesn’t seem like a global pandemic is going to stop traffickers from doing their jobs. However, we wouldn’t be shocked if it hurt their bottom line as well. In any case, it looks like yet another big haul has been brought to justice.

Below, we see footage of the vessel that was captured.

« Sherp Owner Challenges WhistlinDiesel – “If You Get it Stuck, You Can Have It!”