Yes, This Little VW Rabbit Has LSX Power Under The Hood 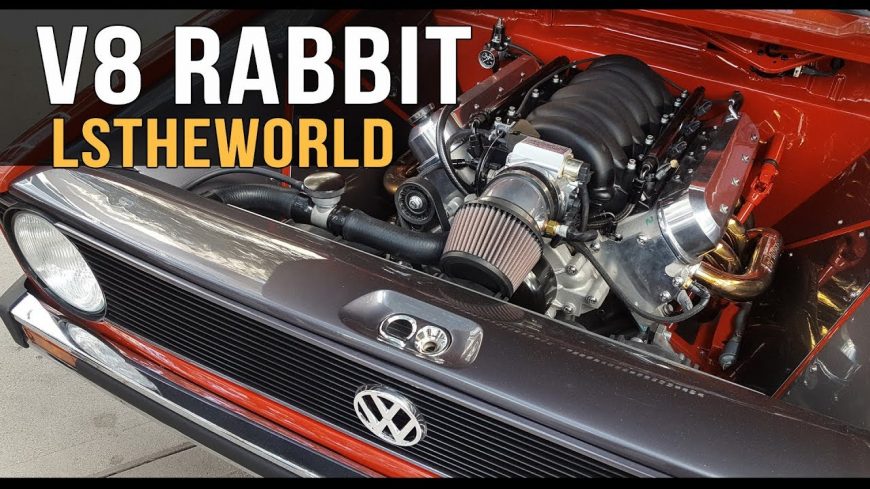 When you take a look at the people who have a strong opinion about the LS swap, it is just as common that this kind of swap is underappreciated as it is overappreciated. Some people might say that it’s overdone. After all, they have swapped an LS in just about everything but upon further review, it would appear as if there is a really good reason for that. Not only is the LS series affordable in many cases but it also is pretty easy to swap into the car of your choosing along with the fact that it is always guaranteed to make potent and reliable power. It’s not very often that you get that trifecta of being fast, being reliable, and being cost-efficient.

In this one, we head over to the SEMA show to pick apart a neat LS swap candidate that has a light and nimble Volkswagen Rabbit with LS power stuffed under the hood. This isn’t just any old LS swap, though. It looks like, as we venture our way through this car, the guy who put it all together took no shortcuts and left no stone unturned as he went through all the components that the original Volkswagen had to offer and replaced them until he found his way to a refined finished product. Whether it be the very neatly wired situation under the hood or the four-link rear end setup, this thing has a lot to sink your teeth into.

Follow along in the video below as FullBoost goes through this impressive ride, as we would expect nothing else from this show, pointing out all of the different things that were modified along the way to bring this hellacious little machine up to par. You have to imagine that with such a small vehicle and all that juice under the hood that this setup has to roll out pretty well when the driver gives ‘er some gas!