You Can Now Buy An Unfinished Ford SUV 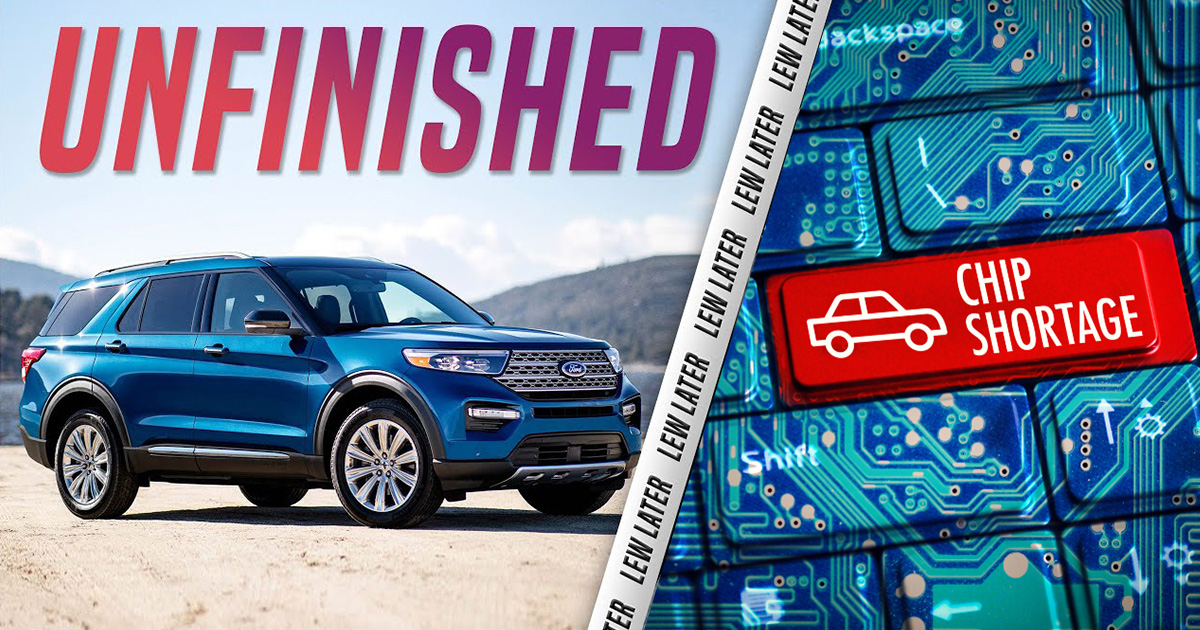 In a world that is always changing, sometimes, even the biggest companies need to adapt or face extinction. These days, automakers have it pretty rough as the seas of car sales are getting turbulent. Not only is the focus shifting from combustion-powered vehicles to electric-powered vehicles but automakers are forced to deal with the ripple effects of supply chain issues that stem back to COVID times.

One of the issues that you might remember from those times is that Ford, among other automakers, was having issues getting chips in. In fact, this wasn’t just an automotive issue. Instead, just about every manufacturer that produces something with a computer struggled with this chip shortage that impacted pretty much all electronics.

In any case, it’s 2022 now and with chip shortages still impacting brands like Ford, they had to get creative. At this point in time, Ford has decided that it’s going to sell some of its vehicles unfinished. Those who have purchased a Ford Explorer or wish to purchase a new one can now buy the SUV unfinished. The buyer will get a price reduction and in exchange, they will sacrifice the rear HVAC controls, at least temporarily.

The way that it seems to work is that the people who purchase these models will get a letter in the mail when chip shortages are sorted out. At this point, we presume that they will be able to come into a dealership to have the HVAC controls installed.

The push to get these SUVs out the door seems to be in response to an issue with overcrowding that Ford is facing. Many remember the image that went viral showcasing brand new Ford vehicles filling up a race track’s property. Apparently, Ford has been storing brand new vehicles in its factory lots as well, creating issues with storage. The automaker seems to be offering up this discount so that it can free up space. Our guess is that this storage situation is probably making quite the impact on Ford’s balance sheet and it seems as if they’re offering up a pretty good deal to fix it.

« Tesla Model X Goes Widebody and Gets an Aggressive Touch