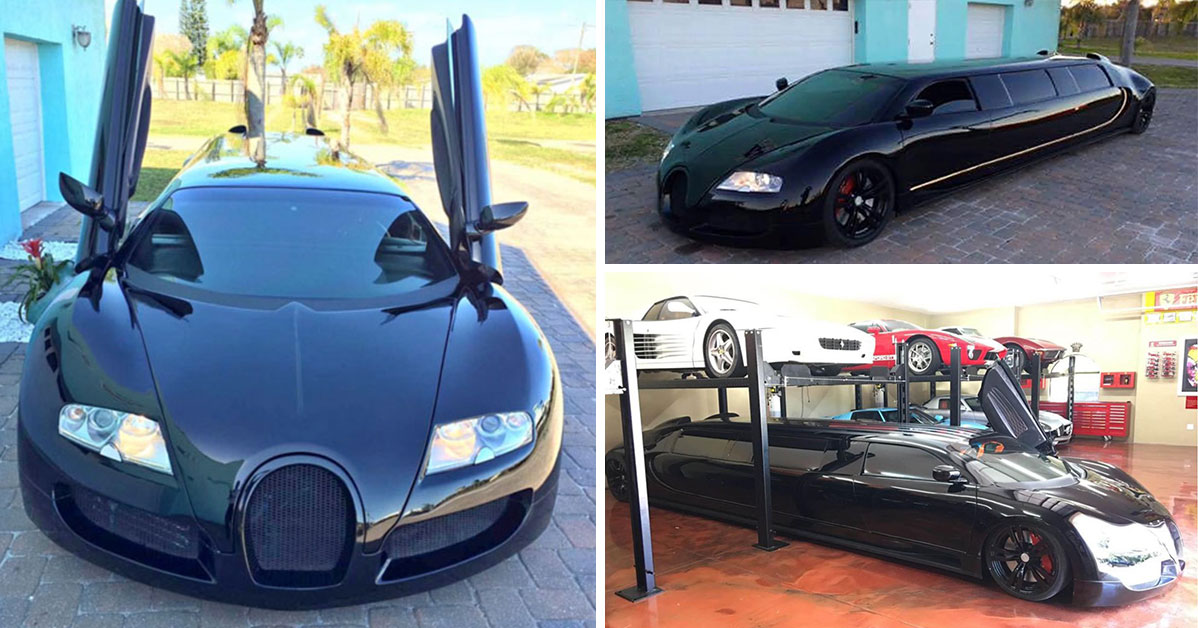 Have you always wanted to purchase your very own Bugatti Veyron but couldn’t swing the price tag that’s somewhere between $1 million and $3 million?

For those who are just dying to get one of these things but don’t have a bank account to match, there are some options out there. One of the options, of course, would be to go out and get yourself a replica. Plenty of these replicas look pretty darn close to the real thing but might be built on top of a different chassis with a different engine.

If that’s not your thing, maybe heading out and buying something like this Bugatti limousine might be more your flavor. Sure, it’s not going to be very fast but it definitely is a head-turner. 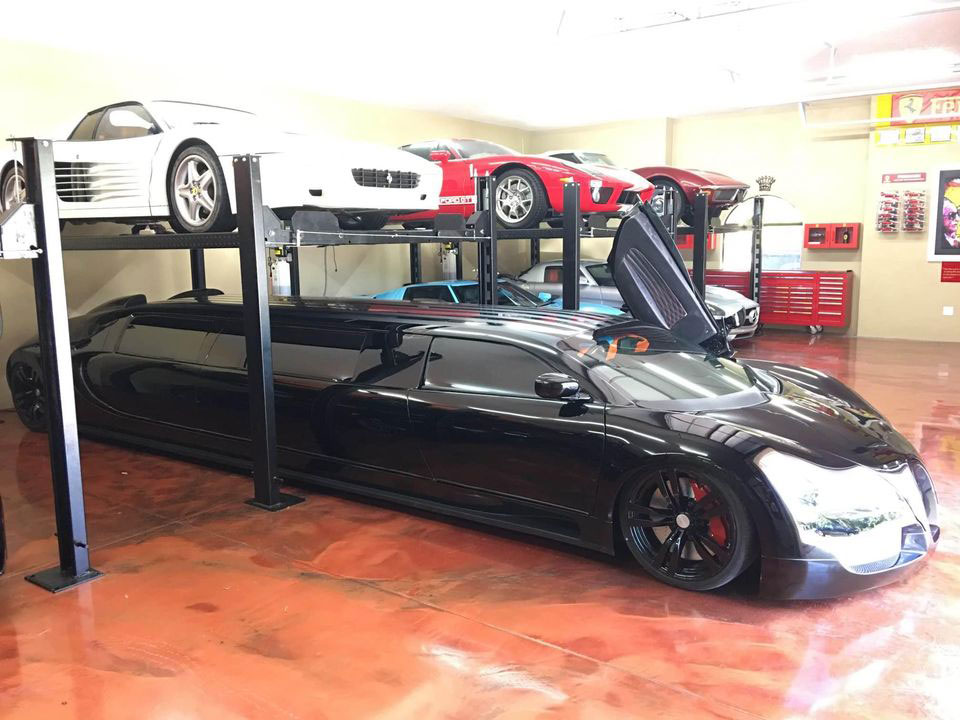 The Bugatti limousine is listed for $130,000 on Facebook Marketplace. The seller tells us that the car has a rebuilt 4.6 L Ford engine under the hood, complete with an automatic trans. We’re also told that the car is hooked up with a heavy-duty suspension to handle all of the equipment inside and allow for more passengers to ride comfortably.

Visually, in addition to the obvious of the car being a limousine, it also is complete with what the seller calls “custom suicide doors.” From what we’ve seen, though, it looks like the whole side of the car flips up like more of a gull-wing.
This lengthy Bugatti replica also features an upgraded sound system, wet bar, privacy glass, and what the seller calls “the chance of a lifetime” to buy something unique and one-of-a-kind. 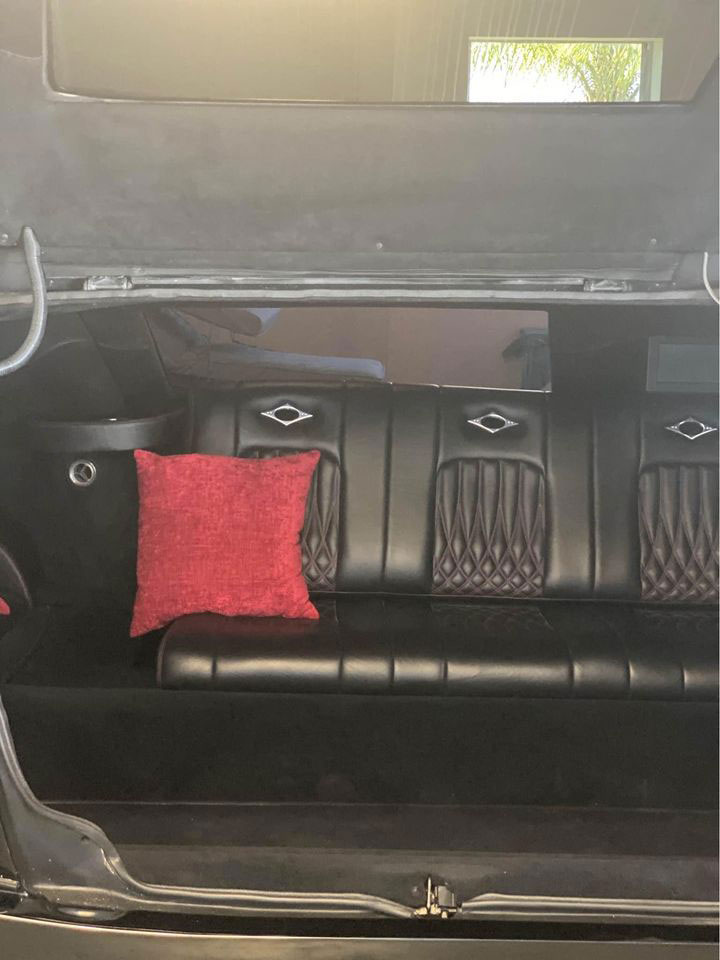 Even though this isn’t something that most folks would be jumping to add to their own personal collection, I have to admit it is pretty cool for somebody who runs a limousine business. 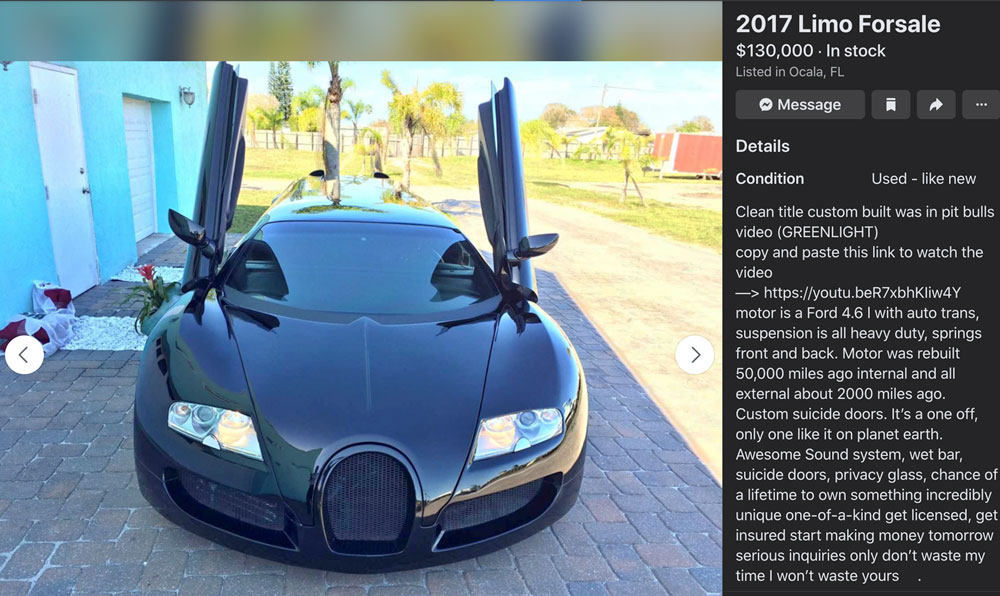 The stretched-out Bugatti look-alike was even featured in the music video for Pitbull’s “Greenlight.” You can see the vehicle featured down in the video below around the 1:27 mark.