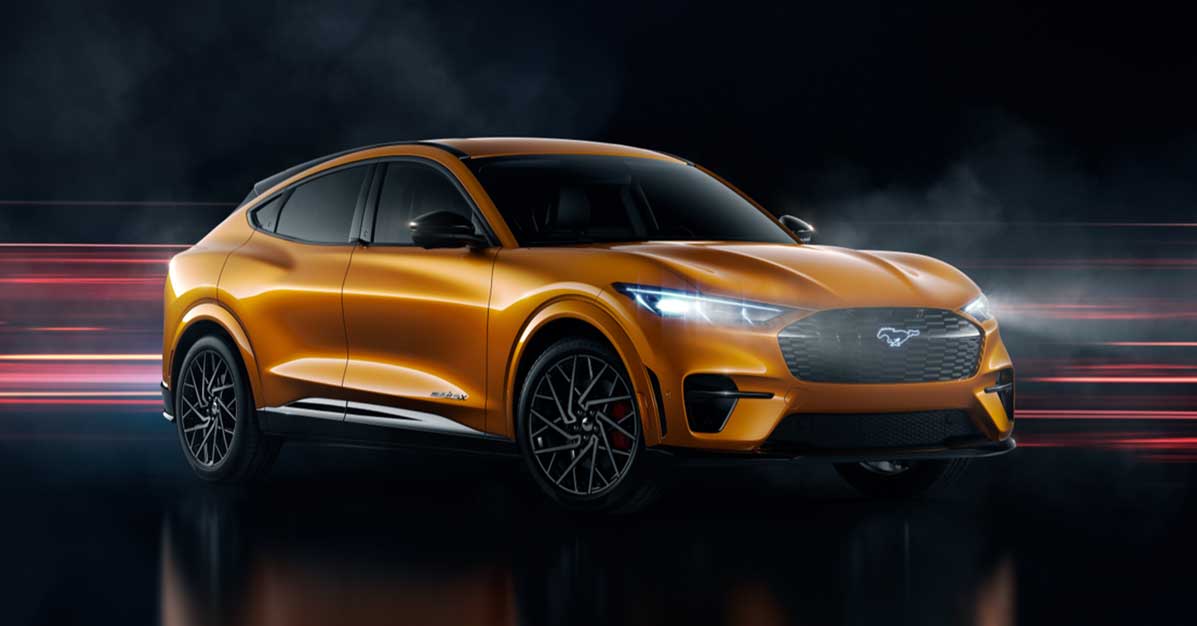 Ford definitely ruffled a couple of feathers when they decided to put the Mustang name on an electric vehicle. As of now, it’s still hard to tell how this play is going to work out long-term. It seems as if Ford is fully committed to the idea, though, as they have recently been releasing new trim levels of the Mustang Mach-E.

In the most recent release, consumers will be able to get their hands on a model that is called the GT Performance Edition.

While your typical Ford Mustang Mach-E starts out at $42,885, the Performance Edition will get a little bit of a price hike to $64,900 up from the $61,000 price tag on the GT without the “Performance Edition” package.

So what will consumers get should they opt to go for the fastest Mach-E in existence?

For starters, it will create the same amount of horsepower as a regular GT. Both vehicles make 480 hp to all four wheels with the eAWD system. This is a step up over the premium model that only makes 346 hp. While both a GT and GT Performance Edition make the same amount of horsepower, the Performance Edition will receive 34 more lb-ft of torque as it sits at 634 lb-ft.

When push comes to shove, these numbers should help out with the 0 to 60 time a little bit. The GT is slated to go about 3.8 seconds to 60 mph. Meanwhile, the Performance Edition boasts a 3.5-second projected 0 to 60 time. Now, this is definitely an area where every tenth of a second matter. However, the 3.5-second 0 to 60 is comparable to the 2020 Shelby GT500 which boasts a 3.3-second time. Not the same but similar and this is only the first-ever attempt at an EV.

In addition, we would venture to think that the Mach-E would likely provide a much more consistent experience upon punching the accelerator. While an RWD gasoline-powered setup might experience tire spin or engine bogging, the eAWD combo should see a lot less of these things.

The Performance Edition will also receive the likes of special badging and unique 20-inch wheels wrapped in Pirelli summer tires instead of all-season tires that we see on other trim levels. It also gets Ford Performance seats with special metallic stitching, an aluminum instrument panel, and standard magnetorheological dampers.

Down below, we get the inside look of what exactly performance electric vehicle enthusiasts will get for their $64,900 base price.