You Can Own Al Capone’s Armored 1928 Cadillac 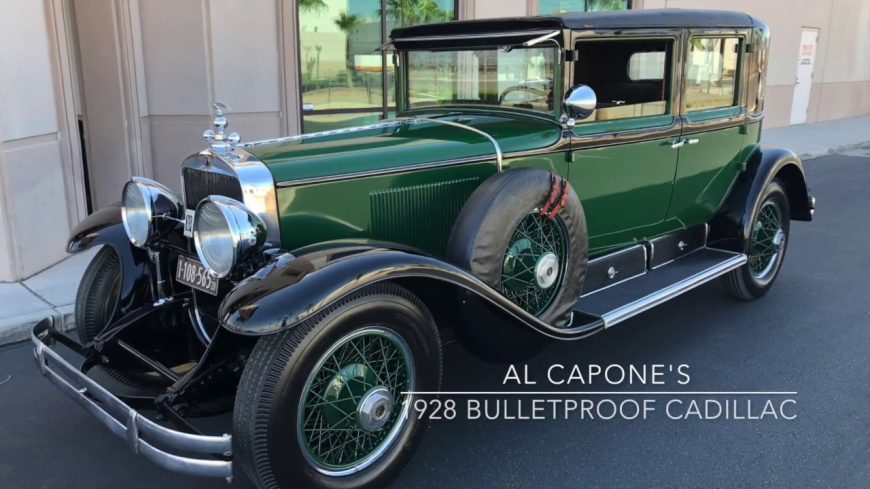 To say that there is a market for the personal belongings of top-tier criminals would be an understatement. As Americans, we have this weird fascination with true crime. Knowing that we could own something that belonged to one of the most heinous folks who ever existed almost seems like a cultural phenomenon. The strange factor combined with the uniqueness of some of these items really makes them interesting to check out.

This time, we were rummaging around on the internet and discovered that a personal belonging of one of the most notorious gangsters of all time is available for purchase. Basically, everybody knows of Al Capone. If you don’t, then you should probably do a quick Google search.

The man was basically the biggest thing going for organized crime in the 20s. He did some pretty aggressively nasty things. All of this was before he would eventually be brought to justice in the most obscure way possible. Capone would be nabbed for tax evasion in 1931. His run, though, made him one of the most notorious gangsters that history has ever run into.

For those fascinated in his story, they can now take possession of his 1928 Cadillac. The plot twist that makes the ride mode “Capone” is the fact that it’s bulletproof.

The vehicle is fitted with a 341cubic inch L head V8 engine cranking out a whopping 90 hp at the crank. This is backed up by a four-speed manual transmission that is a sign of its time. An already underpowered car loaded up with armor probably wasn’t pretty fast. However, its job was likely to be a protector more than an escape car, we would assume.

By following along with the video below, to get a look at a true piece of history. The listing at Celebritycars.com tells a detailed story of the machine.

The price is listed at $1,000,000. It’s unclear if that’s the actual ask or if they’re expecting offers. A Cadillac listed with a similar description that we believe might be the same vehicle sold for $341,000 in 2012 at auction.