Young Gun Has Run In With Past Champion, Who Was Wrong?

Young Gun Has Run In With Past Champion, Who Was Wrong?

In the news, NASCAR seems to have been a hot topic. It seems like recently, there ...

In the news, NASCAR seems to have been a hot topic. It seems like recently, there have been several occasions where the brand has been in headlines for reasons that they might want to avoid. For some reason, it really would appear as if tensions on the track are getting pretty high and, as a result, drivers just simply boil over sometimes, a natural reaction to so much stress, taking their arguments to the media in order to air their frustrations. During these situations, fans tend to make it known that they are standing behind their favorite in battles that generally get these folks quite passionate about one side or the other.

Now, while Brad Keselowski would be the one to make his way to victory lane, the most prominent story from the race wasn’t quite related to our winner. Instead, on lap 111, a little a sequence went down that had Kevin Harvick and Ross Chastain getting a little too close for comfort, in which situation, Harvick would end up going sideways and getting into the wall.

After the fact, Harvick was certainly not happy about the matter and decided to take shots at his opponent. Because Harvick isn’t really one of those drivers who likes to stay quiet and go with the flow while doubling as a competitor that plenty of fans love to hate, things are heating up as he has really made his opinion known on this one, not mincing words in a direct attack of his version of the events. Regardless of the norm or the politically correct answer, you really have to admire that Harvick is so candid, regardless of what you think of his response.

After sinking your teeth deep into this NASCAR drama, be sure to post what you think of the clash of opinions in a matter like this.

Old School NASCAR Roars To Life, Will Melt You To Your Core 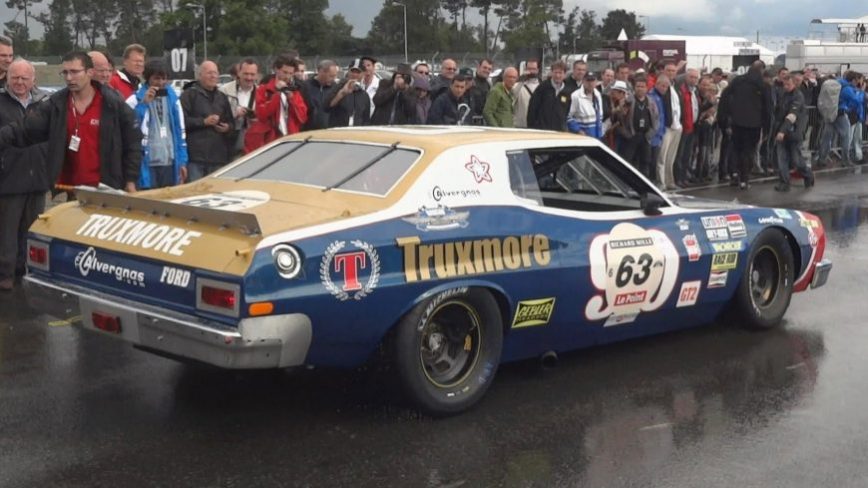