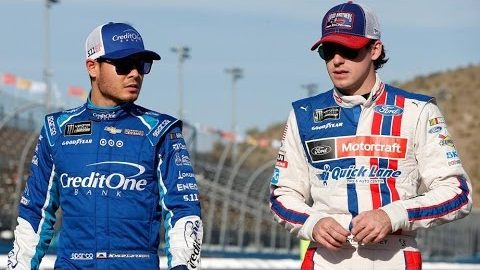 If you’re a fan of NASCAR or have even been paying any kind of attention to the news as of late, you have probably heard that it’s at the point that Dale Earnhardt Jr. has decided that it’s about that time to call it quits, announcing that this year would be his final tour of the tracks around the country, putting a punctuation mark at the end of the season.

Now, the news has taken a while to set in, but we are finally starting to hear what everyone thinks of junior’s retirement and the timing of it all. It also gives everyone a good chance to reflect on exactly what he has brought to the sport and what the sport might be missing when he departs.

This time, we get to hear from fellow drivers as Kyle Larson, Ryan Blaney and Daniel Suarez all sound off on exactly what Dale’s departure from the racing scene is going to be like and what kind of impact he has left on them along the way as they have found him to be a solid role model as they’ve been figuring out their way around the NASCAR driver lifestyle.

The video below will give you their complete comments that all seem to be pretty consistent across the board as it looks like pretty much everybody in the sport had a great deal of respect and admiration for one of NASCAR’s biggest stars who has impacted the sport in such a way that most will never forget.

« Cadillac CTS-V in the 9’s and Catching Air! Not Your Grandma’s Caddy!