Believe it or not, someone wrecked a C8 already.Get 5x the entries is live to win a ...

Believe it or not, someone wrecked a C8 already.

Usually, it doesn’t take very long for the latest performance car to show up on salvage auction websites. It just so turns out that the 2020 Chevrolet Corvette has already found its way there. It has only been about two months since these cars have found their way into the hands of the public!

Naturally, it seems like an epic opportunity for one of the automotive rebuild channels on YouTube to have a top tier specimen to work on. This time, though, we learn that one of the first rebuilt C8 Corvettes on YouTube won’t be a simple restoration. YouTuber, Rob Dahm is planning on bringing the car back to its former glory. However, instead of simply restoring the car, it seems like Dahm has some other plans as well.

Over the years, the YouTuber has been known as a figurehead in the rotary community. He even took it upon himself to rotary swap a C5 Corvette. This time, he’s at it again and the subject of the rotary swap discussion is, you guessed it, a shiny new, crunched up C8.

This time, Rob takes us along for the ride to pick up the car. In his journey, he not only shows off the new project. Dahm also stops by the Cleetus McFarland residence to get the opinion of one of today’s most popular automotive YouTubers.

This project is going to be a whole lot easier said than done. However, if there is somebody who has enough wherewithal to get it accomplished, we think Dahm is just that guy. One of his plans that we find rather interesting is his hope to integrate the factory dual-clutch transmission with the likes of the new 4-rotor heart.

This is a project that is bound to take plenty of twists and turns. It’s going to be fun to follow along over on his YouTube channel. 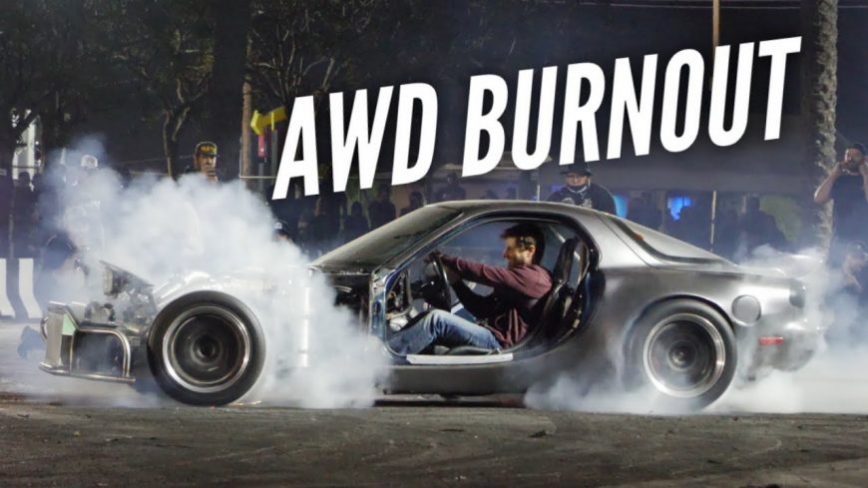