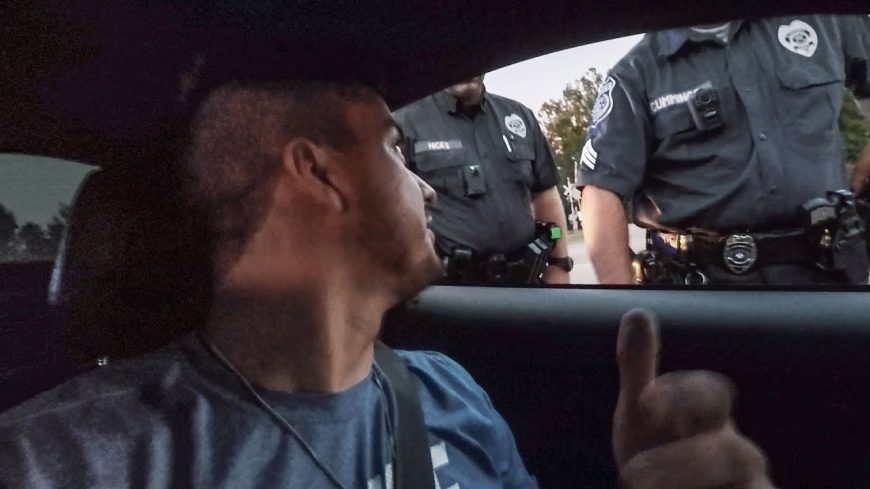 If you’ve ever been fed the line that somebody in a high-performance vehicle was simply driving along and doing nothing, when they got pulled over for “no reason,” you generally tend to have that little thought in the back of your head that maybe they’re full of it. You never really know what could happen out there as human beings react to situations differently, however, it just seems like the police aren’t really going to pull somebody over for absolutely nothing in most situations.

After you watch this one, though, you might just change your outlook on that idea.

If you have been following along with the YouTuber that goes by the name of itsjusta6, you might have noticed that he continually is getting messed with by the police for what he says is really no reason at all. It was up until now that he kind of just gave us his side of the story without very much physical evidence as to his innocence. Such evidence would be pretty hard to provide, after all, as nobody really records their entire life, even if you happen to be someone who puts the majority of your story on a site like YouTube. However, this time, it just so happened that he had been recording for several minutes leading up to being pulled over “for no reason” and it seems like what the police were feeding him was one big old bag of lies.

Follow along in the video below and you’ll see how the itsjusta6 saga continues as he heads to his shop to do some transmission work, being delayed a bit by being pulled over for absolutely nothing and even having to face police questioning out him at his very own shop when he gets there late at night. You really have to feel for this guy because it does seem like he’s just being a law-abiding citizen with his Ford Mustang but is constantly being hounded on by law enforcement.

Unless there’s something that we’re all missing here, they need to just leave the man alone, already!

« Sometimes When You Run Out of Lake, You Need to Improvise… Jumping The Road?